CARICOM Observers: St. Lucia Elections Reflect The Will Of The People 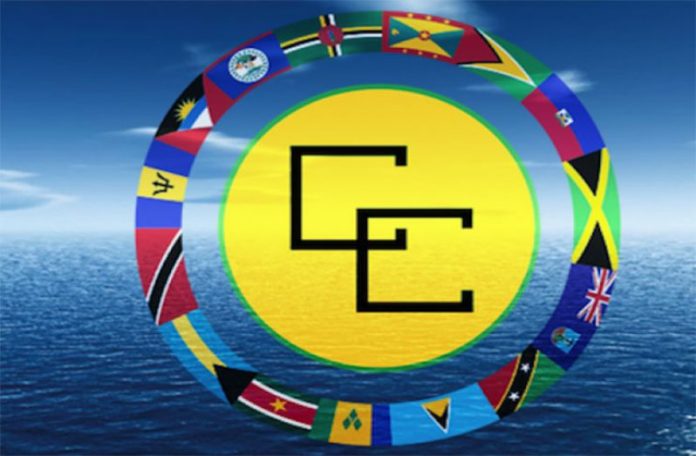 The CARICOM Election Observation Mission to Monday’s General Elections in Saint Lucia’s says the poll was conducted without intimidation or fear and that the results reflect the will of the people.

The ten-member Mission issued its Preliminary Statement on the elections, following its election-day monitoring and engagements in the run-up to the poll.

The Mission praised the overall conduct of the elections, noting that, among other things, polls were opened in a timely manner; stations were fully staffed and were conveniently located, and police security was adequate.

The opposition Saint Lucia Labour Party secured a comprehensive victory with 13 of the 17 contested seats. The incumbent United Workers Party retained two seats and the other two went to Independent candidates.

See the full Preliminary Statement below:

At the invitation of the Honourable Allen M. Chastanet, Prime Minister of Saint Lucia, the Secretary-General of the Caribbean Community (CARICOM), His Excellency Irwin LaRocque mounted a CARICOM Election Observation Mission (CEOM) to observe the conduct of the General Elections which was held in Saint Lucia on 26 July 2021.

The Advance Team comprising the Chief of Mission and the CARICOM Secretariat’s support staff arrived in Saint Lucia on 20 July 2021, while the remaining members of the CEOM arrived over the period 21 to 22 July 2021.

The ten (10) member Observation Mission, comprised nationals of Antigua and Barbuda, Guyana, St. Kitts and Nevis, St. Vincent and the Grenadines, Suriname and Trinidad and Tobago.

The Mission was led by Ms. Fern Narcis-Scope, Chief Election Officer of the Trinidad and Tobago Elections and Boundaries Commission.

The Mission witnessed the advanced polls which was held on Friday, 23 July 2021.

On polling day, the ten-member CEOM visited a majority of the polling stations across the 17 constituencies.

The CEOM monitored the polling activities, which included the opening of the poll, the voting process, the closing of the poll and the preliminary count of ballots. Additionally, the Chief of Mission visited Saint Lucia’s Parliament, where Election Commission officials were receiving the election results electronically.

From observations, the polls were opened in a timely manner in the majority of the polling districts. All the stations observed were fully staffed and most had at least four Polling Agents present, representing the two major political parties that contested the general election.

Most polling stations were conveniently located and easily accessible to the voters, though some instances of accessibility challenges for the disabled, elderly, and infirmed were noted. The Mission observed that there was an adequate supply of the required voting material which arrived promptly to facilitate the opening of the polls.

Adequate police security was in place at all locations visited, with officials conducting their duties in a professional and efficient manner. This contributed to the level of calm which accompanied the day’s activities. However, a higher level of police participation could have been engaged in maintaining social distancing amongst electors in the queues.

The poll workers were focused as they steadily carried out the required procedures, thereby ensuring that all eligible electors who turned out to vote were able to do so. Their efforts to adhere to the Covid-19 protocols and sanitise the polling stations after each elector voted is also commendable.

The initial assessment of Election Day activities by the CEOM is that the voters were able to cast their ballots without intimidation or fear and that the results of the 26 July 2021 General Elections reflect the will of the people of Saint Lucia.

The Mission extends its appreciation to the Department of External Affairs for its assistance and congratulates the staff of the Electoral Commission; poll workers; the political parties and their candidates; the security forces and the people of Saint Lucia on the level of maturity displayed in the peaceful execution of the elections day activities.

A full Independent Report will be prepared by the Chief of the CEOM for submission to the Secretary-General of the Caribbean Community (CARICOM), His Excellency Irwin LaRocque.

The CARICOM Election Observation Mission wishes to thank all stakeholders, including the Leaders of the Political Parties, Civil Society, the Media and the People of Saint Lucia for their warm welcome and cooperation which contributed to the success of the Mission.