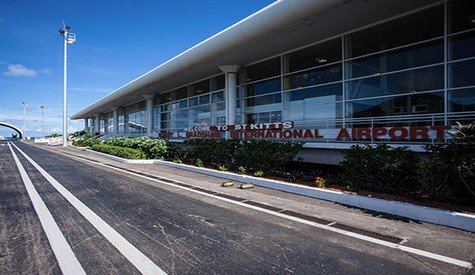 St Kitts and Nevis (WINN): While the Chairman of CARICOM Dr. Ralph Gonsalves announced that St. Kitts and Nevis and other low-risk COVID-19 CARICOM states had agreed to new protocols for travel within a ‘Travel Bubble’ effective Friday, September 18, local officials have confirmed that St Kitts and Nevis will keep its borders closed to commercial travel until a date to be announced in October.

Thursday morning (September 17), Director General of the St. Kitts Nevis Information Service Lesroy Williams told WINN that the agreement was reached in principle but will not be implemented at this time. The government is expected to issues a formal statement on the matter later today.

Chairman Ralph Gonsalves earlier announced the region’s approach to rebooting economies that are deemed to be low risk for COVID-19 at this time.

An agreement was reached to create a Travel Bubble at a recent CARICOM meeting held on Friday, September 11.

In agreeing to establish the Bubble, the Heads were guided by a comprehensive report from the Caribbean Public Health Agency (CARPHA), which provided recommendations on how the Bubble would operate, and laid out the eligibility criteria for countries to participate, said Dr Gonsalves, the Prime Minister of St Vincent and the Grenadines.

“Countries would be categorised ranging from those with no cases to those which had low, medium, high and very high risk with respect to the rate of positive cases over a 14-day period; the level of risk would be determined by the amount of positive cases per 100,000 of the population within a 14-day period; only those countries with no cases and those in the low-risk category would be allowed to participate in the Bubble; and CARPHA will assess relevant data to advise on participation in the Bubble,” announced CARICOM Chairman Dr Ralph Gonsalves, after a September 11 Special Emergency Session of CARICOM.

“Heads of Government agreed that travelers from countries within the Bubble would be allowed entry without being subjected to PCR testing prior to arrival and would also not have to undergo quarantine restrictions. Travelers may however be subjected to screening on arrival.

It was agreed that initially, Antigua and Barbuda, Barbados, Dominica, Grenada, Montserrat, St. Kitts and Nevis, Saint Lucia, and St. Vincent and the Grenadines will be in the Bubble as they presently meet the criteria.