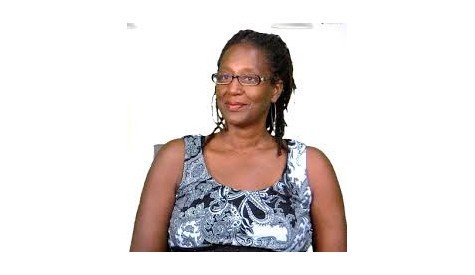 Astaphan has a busy schedule. Apart from her work in pottery, she is also the Chairperson of the St. Kitts Nevis Reparations Committee, a Sales Associate in Real Estate for Coldwell Banker St. Kitts-Nevis Realty, a Tour Guide with St. Kitts Scenic Railway for 5 years as a historical and scenic narrator, a Board member of the Professional Association for Creativity and Entertainment (PACE).

Her pottery creations range from small, classic shaped, traditional forms, which she decorates in a range of colours to evoke her love of the islands.

On the Monday (August 10) broadcast of WINN’s weekday morning show ‘Island Tea’ Astaphan spoke at length about how she initially got into pottery.

“The story goes guys that when I was a little girl I used to play with some little pots. And I think that they were made in Nevis some little miniature Yabba pots and coal pots and so on. In my 20’s, I went off to school in New York I went to study interior design and there was a set of pottery on auction at a student gathering… There was this beautiful breakfast set on auction and I just bid for it and I won it,” she continued.

“A few years later in ’93, a course was offered here at the Venezuelan Institute for culture and cooperation and I enrolled there were about 35 other people enrolled and we did for two or three weeks, May of ’93 and we did this workshop.”

Astaphan recounts the trials during the process of making her first piece. Although the first batch yielded no complete pieces she took the lessons learned and continued her craft to this day. She eventually started importing clay from Barbados to suit the small intricate work for which her pottery is known.

Astaphan kept persevering especially after she realized there was a local market for handcrafted artisan pottery. She got her biggest order for 260 pieces in 2013 just around the time she was diagnosed with breast cancer. She finished the job the week before her breast cancer surgery in February 2013.

During the broadcast she was also asked to share her thoughts on getting more young people into pottery. She changed the question to “how to get more Kittitians and Nevisians into the arts” and mentioned the possibility of hosting pottery camps for interested parties, including students who would have to create art projects for CXC, to foster more appreciation for art.

Due to the arduous nature of pottery, Astaphan expressed her desire to pass on her 27 years of experience to an apprentice or two.

“I’m getting old… I get a lot of pain in my hands so it’s scaling back… It’s about passing it on for me you know I really want to pass it on and I’m hoping that I have the patience to teach someone who really have the passion because it’s really about having a passion for it.”

The profession calls for practitioners who are passionate about the craft and not in it just for the money, Astaphan opined while noting that is a lack of retention of the arts and its pursuance in young people.

The focus, in her view, is mostly on making money, and the arts are not seen as immediately profitable. Persons who make it in the arts are lucky or are blessed by something that is not abundantly found within the Caribbean environment, support. The arts are seen as a hobby and not an actual contribution to the mobility of society.

With the aid of PACE and its hopes to advocate for the needs of those in the creative and entertainment, we look forward to more focus on the legitimacy of art as an accepted career path especially for the youth of St. Kitts and Nevis.