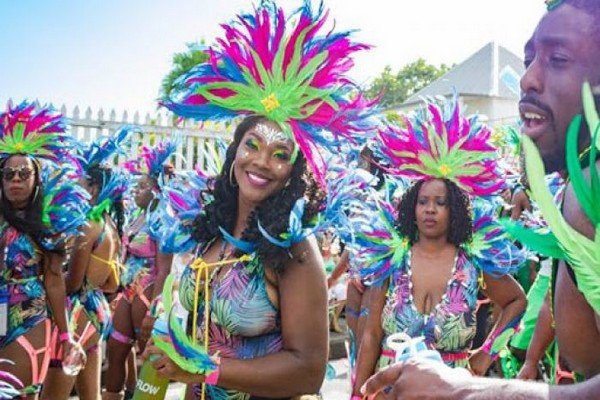 Once all stakeholders are in agreement the proposed route will have troupes lining up for the start of the procession in the vicinity of the Best Buy Supermarket in Buckley’s, then move along Cayon Street into Pond’s Extention, turn right on Paul Southwell Drive, move onto the Bay Road and then move West to downtown Basseterre.

“The parade will start at 11 am and as such, we hope that by [the] time to parade gets to downtown it is dusk because we have more and more trucks in these troupes… troupes are increasing and getting larger; having whether it’s a forty-foot flatbed, much more trucks and whether it’s moving portable toilets etc. On the road, we feel that it is very important to move more on the outskirts of Basseterre rather than circling downtown Basseterre which has some safety concerns,” the Chair of the St. Kitts – Nevis National Carnival Committee, Shannon Hawley explained during an interview on WINN’s Island Tea with Azem Bailey.

The Chair went on to share some of the considerations for the proposed change in route.

“You have to take into consideration pedestrians, the streets are narrower; we have to take into consideration the issues with overcrowding. So we want to make sure that everybody who is a part of our Grand Parade, whether you’re a spectator or a reveller or a vendor, everybody’s safe. So we’re given much more room for vendors to spread out along the route. We’re giving much more space for our revellers to have a grand time after being inside for two years. And we’ve also giving much more space for our spectators to observe, to look on, instead of being cramped on whether it’s Fort Street, downtown Basseterre. We look forward to having discussions with the relevant stakeholders about this proposed route and we are pretty confident that everybody will be in agreement.”

Considering the 25 troupes that have registered for the Carnival Grand Parade Hawley believes that Sugar Mas has outgrown the traditional route.

“The National Council grab period has definitely outgrown downtown Basseterre in terms of circling, circling, and circling, and we have so many more opportunities to spread out and have a good time in a safe way. So we’re looking at that and of course, we’re also looking at ways in which we can enhance our J’ouvert route and that is a discussion that we will have shortly with our bands and J’ouvert troupe leaders hopefully next week for their input as to how we can better the J’ouvert Parade route for everyone as well.”

The general public will be made aware if the proposed route is confirmed after the Carnival Committee gets the approval of stakeholders involved in Sugars Mas 51.