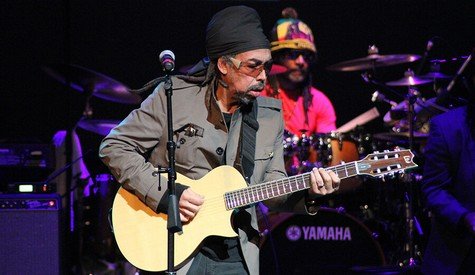 St Kitts and Nevis (WINN): Third World Band, one of the longest-standing Reggae bands of all time, and one of Jamaica’s most consistently popular crossover acts among international audiences celebrated 47 years on Sunday, August 16, 2020.

With 9 Grammy nominations, 31 albums in their discography and a catalogue of charted smash hits, including (Now That We Found Love, 96 Degrees in the Shade and Try Jah Love), spanning over four decades, ‘Third World’ is an institution that stands for producing and performing music that, while holding firm to the cultural and ancestral roots of its members, still pushes forward the cutting edge of music worldwide. It is an institution whose themes are positive, progressive, and internationally relevant. Mixing in elements of R&B, funk, pop, and rock and, later on, dancehall and rap, Third World’s style has been described as “reggae-fusion”.

“Well, I wouldn’t say it was something that was particularly easy… Like in all situations we have had our very high point and we have had a few low points. But I have to say that all in all… we have had way more high points than low points… It feels great, it’s a wonderful achievement. People of the Caribbean especially have been very good to ‘Third World’”
During the Broadcast Coore spoke about how his classical training in the cello provided a foundation in the development of the accompaniment and the music on a whole.

“Well the classical training really just set up a good base; it sets up a good foundation. You can take it from there and do any kind of experiment… Having learned classical music it gave me a head start personally. By the time I would have started to learn to play the guitar I was really ahead already having played the cello and having had a good musical foundation for very young. So when I took out the guitar it was an easy jump for me to learn the chords, learn the scales and to find my own little personality on the guitar.”

Coore also encouraged any young person who is interested in learning to play an instrument to gain not just a solid foundation but an appreciation for music, its history, and its cultural implications. He also urges musicians and aspiring musicians to expand their horizon as it pertains to listening to music.

Coore was also a member of another band, Inner Circle before Third World was founded. Inner Circle is another example of a long-standing Reggae band still in existence and will celebrate its 50th anniversary on August 22. Coore spoke about Inner Circle being a great foundation early in his career.

“Well, that’s the great thing Inner Circle gave the world two great bands, Inner Circle and Third World because myself, Carl Barovier, Ibo Cooper, Prilly and Bunny Rugs were all in Inner Circle. That was a good foundation for me personally because I joined the band when I was very young. I join Inner Circle when I was 13 just going on 14 and I was really given a good opportunity to join that band… I knew every song that they played. So, when the guitarist that they had, went to America to study medicine I was able to fit in right away and I was able to just arrive and know the songs.”

Coore was asked to comment on his experience in collaborating on their recent album, ‘More Work to Be Done,’ with younger established artists who may have been inspired by the decades of work Third World’ has produced.

“Well, certainly it was a joy… someone like Chronixx, to really work with someone so young and so bright, so intelligent… for such a young person who already has a wealth of music in his catalog. For Chronixx to have been out there for maybe the last… six, seven years, and have such a wealth of music is just really outstanding. And the same goes for Tessanne… to really go on the world stage and win the Voice, that was something not just for Jamaica but that was for the entire Caribbean. And then you have Pressure and Taurus Riley another exceptional talent and of course Damian, he’s singing on the record too, we were really very happy. It’s a blockbuster for us.”

Coore expressed his disappointment at the way the COVID-19 pandemic has halted what he thought would be a great year for Third World and their global tour, but gives thanks and praises and says we should be patient.

“We feel very disappointed and very down about the fact that the Corona Virus came along and really interrupted what was going to be a fantastic year for us you know. We were going to be all through Europe, we were going to be all over the world with this album… it is what it is, you know, we really just give thanks and praise and just hold on tight because nobody knows where this thing is going right now… We send our love to the Caribbean people right now who are under such great pressure with it too.”

Coore also stated that we should be thankful at how well the Caribbean is doing on a whole because other places have not been so lucky.

The COVID-19 pandemic has put a hold not just on the tourism industry but also on the entertainment industry within the Caribbean for our musical artists. Carnivals have been suspended or put under strenuous stipulations in an effort to keep people safe. As Coore stated as his example, Third World’s Global tour has been put on hold until the passing of the COVID 19.

In the meantime, we encourage all to support our local and regional artists and listen to Third World’s most recent album, ‘More Work to Be Done’ if you have not already. If you have, listen to it again.