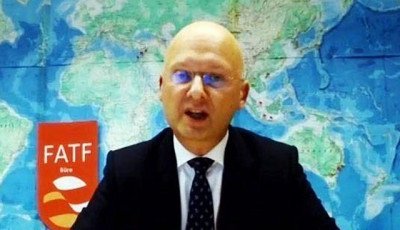 (Cayman Compass) The Financial Action Task Force has added the Cayman Islands to its grey list of countries whose anti-money laundering (AML) practices are under increased monitoring.

The global anti-money laundering standard setter blamed a lack of fines and enforcement actions by Cayman’s regulatory bodies for the move.

It comes two years after its regional body, the Caribbean Financial Action Task Force, released a critical mutual evaluation report that highlighted a range of shortcomings in Cayman’s AML regime.

Speaking at a press conference on Thursday, FATF President Marcus Pleyer said Cayman must improve “in the area of sanctions on financial institutions for AML breaches” and its regulators “must show that they penalise those who do not provide accurate up-to-date beneficial ownership information”.