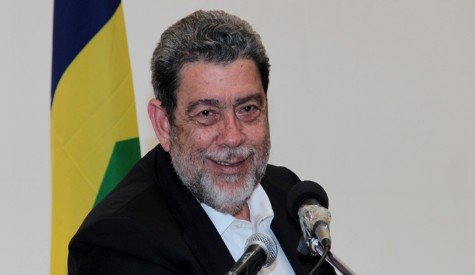 UNITED NATIONS (CMC) — Caribbean Community (Caricom) leaders have joined their global counterparts in adopting a declaration honouring the multilateral framework put in place by the United Nations founders in 1945.

The leaders also pledged to better live out the promise to save succeeding generations from the scourge of war.

Titled “Declaration on the commemoration of the 75th anniversary of the United Nations,” the text lays out 12 commitments to reanimate global resolve: leave no one behind, protect the planet, promote peace, abide by international law, place women and girls at the centre, build trust, improve digital cooperation, upgrade the United Nations, ensure sustainable financing, boost partnerships, work with youth, and finally, be prepared.

The leaders Monday said in the declaration that the world is plagued by growing poverty, hunger, terrorism, climate change — and now, the epic onset of the coronavirus (COVID-19).

They said that people are forced to make dangerous journeys in search of safety and in the declaration that least developed countries, such as some in the Caribbean, are falling behind “and we still have not achieved complete decolonisation.”

“Our challenges are interconnected and can only be addressed through reinvigorated multilateralism,” they emphasised.

Acknowledging that COVID-19 caught them off-guard, the world leaders agreed it has served as a wake-up call for improving preparedness.

“What we agree today, will affect the sustainability of our planet as well as the welfare of generations for decades,” they said in the declaration, committing to uphold the declaration in the spirit of ‘We the Peoples’”.

In his maiden address to the UN General Assembly, Guyana’s President, Mohamed Dr Irfaan Ali, speaking for the “Group of 77” developing countries and China, said the pandemic highlighted the bottlenecks faced by developing countries, ranging from insufficient financing and high debt to restricted access to medical supplies.

“We must do everything we can to fulfil our obligations to the peoples of this world,” he said, calling for accelerated implementation of the UN’s 2030 Agenda for Sustainable Development.

Barbados’ Prime Minister Mia Mottley said that, as the international community meets in this “strange and impersonal virtual space”, there is a compelling need for nations to pause to reflect on what the United Nations needs to do as it reaches its important milestone.

While it is fitting that the organisation’s accomplishments be reflected upon, Mottley said “there is no time for contented self-congratulations over what has been achieved as the world faces a new enemy, the pandemic, in addition to the deadly existential threat of the climate crisis.

“COVID‑19 has manifested in a perfect storm that threatens to disrupt gains made, including the limited progress of states, such as Barbados, to achieve the Sustainable Development Goals,” she said.

The Barbadian leader noted that an estimated 100 million more people have fallen into poverty, unemployment levels at their highest in decades and a global economic depression looms.

Mottley said Barbados “strongly supports” the UN Secretary‑General’s call for a new social contract to counter the growing gaps in trust and for a new global deal that is “more inclusive and recognises the different development levels among countries”.

Haiti’s President Jovenel Moise said that since the United Nations was founded and the charter drafted, the organisation has played “a central role” in the world.

Citing major achievements in maintaining peace and justice, he said more must be done to tackle new and emerging challenges, including terrorism and the COVID‑19 pandemic.

“As such, the multilateral system must be strengthened to find innovative responses,” Moise said, stating that Haiti has also stood to protect universal rights and freedoms, working with nations to forge “a fairer and more balanced world.”

Encouraging member states to commit of the declaration adopted on Monday, he hoped all stakeholders would work together to further the principles of the United Nations.

Prime Minister of St Vincent and the Grenadines and CARICOM chairman, Dr Ralph E Gonsalves, said that “the exigencies of the 21st century demand a recommitment to the unity and solidarity that were envisaged at the United Nations founding.

“A renewed and effective multilateralism is vital to confront climate change and address the health, socioeconomic and political aspects of the COVID‑19 pandemic,” Gonsalves said, adding “amid an unequal global political economy, the moment is right to refashion the global system, reform the Security Council and update the protocols that govern international trade and finance.

“Given the disproportionate and disastrous health, economic, social and security implications of COVID‑19 in the developing world, urgent and ambitious action is key to averting a grim post‑pandemic reality where deepened political divides create ruptures in the social fabric,” he added.

With the challenges faced by nations, like St Vincent and the Grenadines, Gonsalves urged development partners to “urgently apply vulnerability indices” and update financing eligibility criteria to address debt relief.

Antigua and Barbuda Prime Minister Gaston Browne said the dismantling of colonial rule, “carried out under the law-making capabilities of the General Assembly, assisted many states,” including his own.

“The multilateralism which defines the United Nations is embedded in the approach of member states when achieving their goals,” he said, underscoring the pragmatism of the principle that “global problems demand global solutions”.

Even as nationalism has become a new reality worldwide, Browne said his government remains pledged to fight poverty, guarantee the rights of women and girls and “unrelentingly tackle global climate change”.

Noting that there are six hurricanes currently brewing in the Atlantic Ocean threatening lives and livelihoods, he said” “Let me remind everyone that there is no Planet B.”