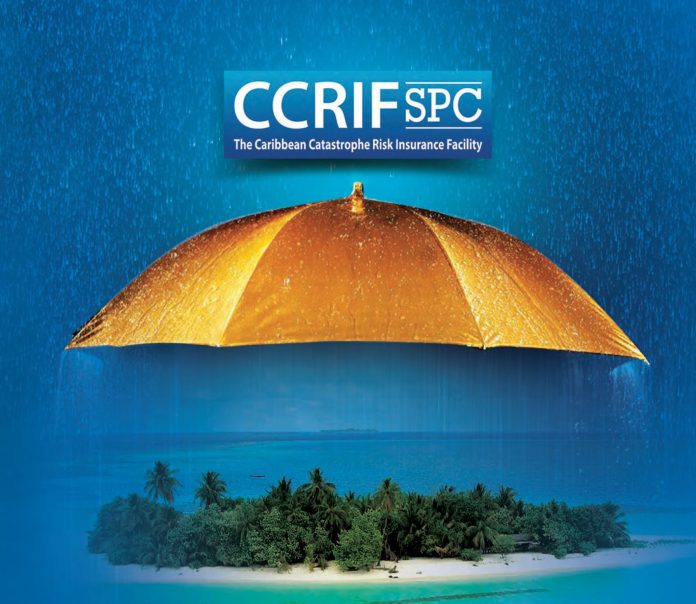 Parametric insurance that is offered by CCRIF is very different from traditional indemnity insurance. CCRIF’s parametric insurance products make payments based on the intensity of a natural hazard event (for example, hurricane wind speed, earthquake intensity, and volume of rainfall) and the exposure or assets affected by the event, and the amount of loss calculated in a pre-agreed model caused by the event. Thus, CCRIF does not need to wait for on-the-ground assessments of loss and damage – unlike with indemnity insurance – to make payouts, enabling the Facility to disburse funds to governments within 14 days of an event.

A CCRIF policy is therefore triggered based on the government loss estimated in the loss model, which in turn is based on the characteristics of the hazard – wind and storm urge for tropical cyclone policies and amount of rainfall for excess rainfall policies – and the vulnerability, distribution and exposure of government assets affected by the event.

A country’s policy is triggered when the modelled loss for a hazard event in a member country equals or exceeds the attachment point selected by the country and specified in the policy contract (similar to a deductible in a traditional insurance contract).

In 2017, CCRIF introduced a new feature, the Aggregated Deductible Cover (ADC), for tropical cyclone and earthquake policies. It was designed to provide a minimum payment for events that are not sufficient to trigger the CCRIF policy because the modelled loss is below the policy’s attachment point.

CCRIF’s risk models underpinning its policies are dynamic and innovative and are regularly updated to include new data or new developments in modelling. Empirical evidence based on studies undertaken by the World Bank illustrates that insurance obtained through CCRIF could be as low as half the cost of coverage a member country could obtain on its own.

CCRIF continues to demonstrate that catastrophe risk insurance can effectively provide a level of financial protection for countries vulnerable to natural disasters and is key to closing the insurance penetration gap. CCRIF represents a cost-effective way to pre-finance short-term liquidity to begin recovery efforts for an individual government after a catastrophic event, thereby filling the gap between immediate response aid and long-term redevelopment. Over the years, assessments have shown that about 3 million persons have benefitted from CCRIF payouts in the Caribbean and Central America. Use of payouts over the years has included providing food, shelter and medicine for affected persons; stabilizing drinking water plants; providing building materials for persons to repair their homes; repairing critical infrastructure such as roads, bridges and schools; and support for the agriculture sector, among others.

Although CCRIF acts as a security blanket for countries, it was not designed to cover all losses on the ground as a result of a catastrophe.  It is instead meant to ensure that there is some measure of quick liquidity available to governments as additional resources are mobilized to assist with the longer-term recovery and redevelopment processes. CCRIF is therefore designed to provide quick liquidity to allow governments to support the most vulnerable in their population immediately after a natural disaster; reduce budget volatility; and offer diverse products for both a range of perils and economic sectors and industries that are not readily available in traditional insurance markets.