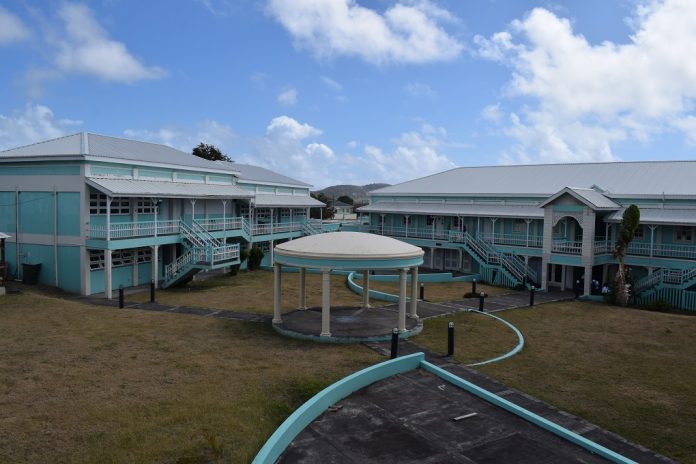 Aeja Clarke, Johann Boston and Zahara James intend to pursue careers in Information Technology and had an opportunity over the summer holiday break to work along with professionals in the field to gain hands-on experience. The interns received training and acquired new skills to prepare them for the world of work.

During Season 20 Episode 1 of ECCB Connects, the budding I.T. professionals shared their experience working at the Eastern Caribbean Central Bank.

In sharing her favourite experience, Zahara mentioned that she was exposed to new software that she never knew existed.

9:50 “The highlight of what I enjoyed the most was the little projects that they gave us here and there like the decommissioning projects because we had to take down systems and clean them. We had to kill the scale. We had to image them. Another thing I was excited about was the installations we had to do on the staff members’ devices because we learned a lot and it was a lot to learn. I liked it, especially because there were some softwares I never knew about and now I know that they existed.”

Johann also gave a synopsis of the work carried out and explained that he enjoyed meeting and interacting with people whilst doing so.

“We had to [prepare] donation devices. So, all the computers that were already used, we wiped them, made sure there was no data left back. We also imaged them which are basically uploading on the OS. What I liked about this internship as well is that we had to come around the bank and install a software on each device that got us to interact with a lot of people, get to know a lot of people around the bank from different places. There was also another task that we had to do; to install the software on telecommuting devices. So, we got to remotely access devices around the country and we also got to interact with people, so that was good for me.”

Meanwhile, Aeja said she enjoyed all the tasks given and had difficulty pinpointing her most favourite experience.

For me, I didn’t necessarily have a favourite to say a highlight, because you know we’re interns. We only had six weeks. We didn’t really have that much to do in the beginning as I said. So whenever we got any little work to do I was excited to get my hands on to do something. As they said, “we killed this.” We ghosted devices for the commissioning and we also installed software on devices which allowed us to interact with people. I didn’t necessarily have a favourite part; maybe to be on the computer to update sheets but I enjoyed every bit of the work I had to do.”

Both Johann and Aeja said that they have had an interest in I.T from a young age, by trying to solve problems without the help of a technician; and also incorporating basic skills to assist parents or grandparents with their phones or other technological devices. In contrast, Zahara said she had no interest in Information Technology. She explained that even in high school when it was time to choose subjects for the Caribbean examinations, she still had no interest in I.T, but instead, an interest in Sciences and Languages. However, with assistance from her family, she chose I.T and excelled in it thereafter. Zahara disclosed that her love for I.T came about after she enrolled for college.

The three I.T students said they will pursue careers in Information Technology. Aeja said she hopes to be a web designer and software engineer one day. Johann didn’t specify a position that he would like to take, but expressed that he wants to further his education in I.T. Zahara however, said she would like to pursue a Masters Degree of PhD in I.T and maybe become a Network Engineer.