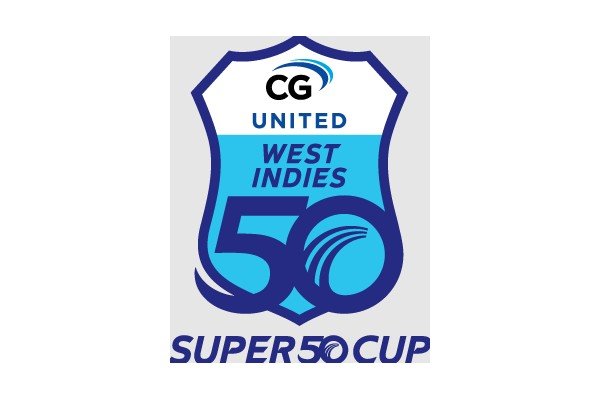 St. John’s, Antigua – The stage is set for the business end of the CG United Super 50 Cup and finals week in Antigua. Semi-finalists Trinidad & Tobago Red Force, Barbados Pride, Jamaica Scorpions and Guyana Harpy Eagles have arrived and begun their preparation for the CG United Super50 Cup semi-finals, which will be played at the Sir Vivian Richards Stadium on Wednesday and Thursday of this week. ​

The semi-finalists have been confirmed after a dramatic last round of matches in Zones A and B. ​ The Red Force claimed top spot in Zone A, played in Trinidad, after defeating the Windward Islands Volcanoes in their final zone match. Guyana Harpy Eagles claimed second spot following their last match defeating the Combined Colleges and Campuses (CCC) team, and have claimed the second spot.

West Indies and Trinidad & Tobago Red Force captain, Nicholas Pooran, scored a brilliant 99 not out as part of a 165-run partnership with Darren Bravo against the Windward Islands Volcanoes in their final Zone A match to ensure his team came through the group as winners. ​ Kjorn Ottley, along with the skipper, has starred with the bat in that team, while contributions with the ball have come from throughout the team. ​ Shannon Gabriel and Yannic Cariah are tied on 10 in the wickets column, showing that both pace and spin have both been effective.

Jamaica prevailed in the last match in Zone A to reach the semi-finals, a must-win encounter against the West Indies Academy. Reversing a defeat by the Academy team earlier in the tournament, the Scorpions won the match to top the group with 16 points. Rovman Powell’s fourteen (14) tournament sixes has underlined their ability to power themselves to good totals, despite some struggles at the start of their innings.

This result knocked out Zone A hosts, the Leeward Islands Hurricanes, by virtue of a better head-to-head record between the Hurricanes and the Barbados Pride. The Barbados Pride won their final Zone A match against the Hurricanes with both teams ending on 14 points with three wins and two losses each. The Leeward Islands Hurricanes led the Zone A table through initial rounds of the CG United Super50 Cup. Barbados Pride’s captain Shai Hope struck a vital 88 runs in the match to secure a five-wicket victory thanks to the Duckworth-Lewis-Stern method. Hope’s 287 runs in the tournament to date is only bettered by the Windward Islands Volcanoes’ Alick Athanaze who struck back-to-back centuries in Zone B matches.

The Guyana Harpy Eagles are being led by their experienced and successful regional captain, Leon Johnson. ​ His stability and leadership have been a hallmark of the franchise for many years. Despite all their success in the domestic West Indies Championship 4-day competition, they have been unable to lift the CG United Super 50 Cup and will be very eager to do so. Romario Shepherd and Gudakesh Motie will be looking to continue their contributions with the ball, while Tevin Imlach will have to adjust to the new batting surface in order to continue being the reliable force with the bat for his team.

Both semi-finals start at 2pm (1pm Jamaica time). Tickets can be purchased securely online and in advance for both semi-finals for just US$10/EC$30 via the Windies Tickets service presented by Mastercard, as well as at the stadium ticket office. The winners will meet on Saturday, November 19 for the CG United Super50 Cup Final. Final tickets can also be purchased in advance for US$20/EC$55. The matches will be broadcast live on ESPN Caribbean, ESPN+ (USA), BT Sports (UK), FanCode (India), Supersport (sub-Saharan Africa) and on YouTube in the other regions.