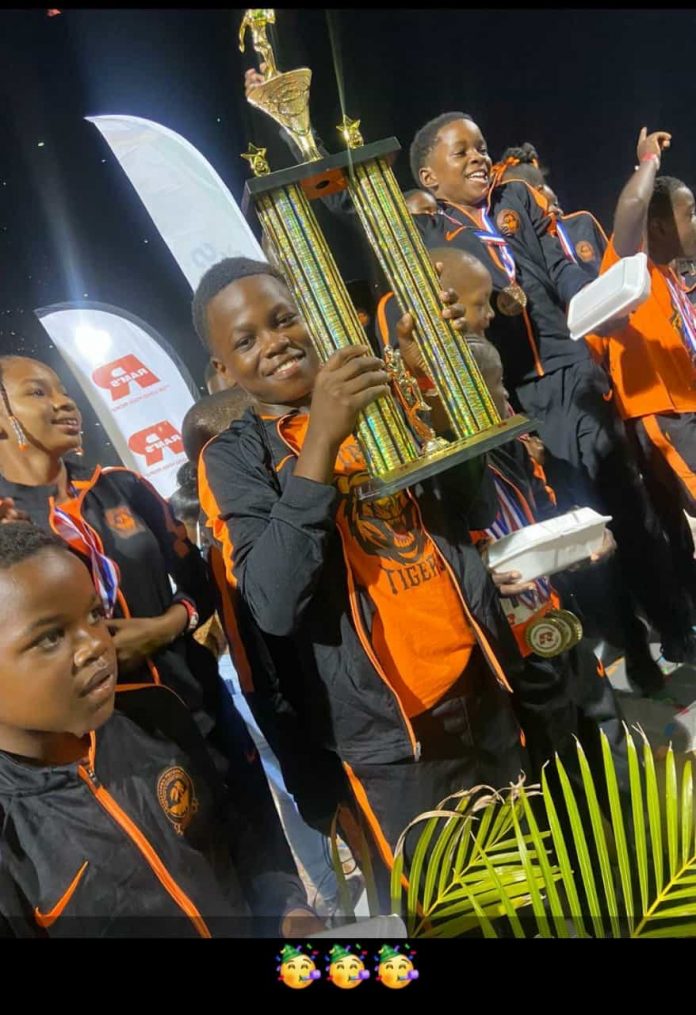 St Kitts and Nevis (WINN): The Charlestown Primary School has risen to dominance in Track and Field yet again; by winning the first ever Ram’s Sponsored Primary Schools Relay Championship. The event was held in St Kitts at the Kim Collins Stadium on Sunday, May 15 2022.

Principal of the Charlestown Primary School, Ms Cheryl Haynes told  WINN FM the school is proud of the athletes’ performances at the Relay Championship. She said their recent winning at the Mini Olympics boosted their confidence. Haynes acknowledged the dedication of coaches Royston Queeley and Kazel Williams, who ensured that the children were prepared in advance for the Relay Meet.

The athletes returned to Nevis following the meet and according to Haynes, the team was very excited to travel home with the winning trophy. She said they were so excited that they sang school chants from St Kitts to Nevis.

The Principal concluded that the athletes went to St Kitts knowing their assignment, which was to win. Haynes expressed gratitude to the teachers, parents and well wishers, describing them as a powerful support system.She said, with strong support and the zeal to win, the athletes persevered until the end.