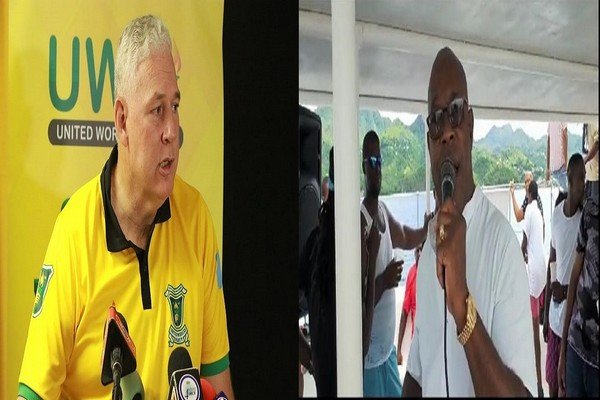 (Loop St Lucia) Prime Minister Allen Chastanet has fired back at his former colleague Richard Fredrick, who accused the Saint Lucian Prime Minister of being racist.

Frederick made the statement to the media Friday, following his registration to contest Castries Central as an independent candidate at the July 26 general election: “I had seen the track record of this man, he’s a spendthrift, he does not care, he does not like people of our colour and I make no bones about that. Through a lot of things he has said and done, one can deduce that this is his leaning… he takes everything from us and give it away to those foreigners and leaves us deprived.”

Later that evening, Prime Minister Chastanet responded to the former UWP minister, stating, “Richard Frederick continues to express his hatred towards me; I think everybody in Saint Lucia sees that, and he does not have a very objective opinion when it comes to me,” Chastanet stated.