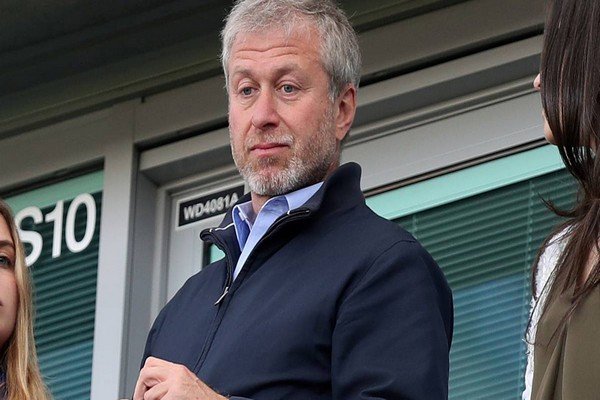 LONDON (AP) — Pressure is growing on Roman Abramovich to sell Chelsea, and one potential buyer claims the Russian oligarch is already trying to offload the Premier League club.

Chelsea and Abramovich’s representatives have not disputed Swiss billionaire Hansjorg Wyss saying he “received an offer on Tuesday to buy Chelsea from Abramovich” along with three other people.

“Abramovich is currently asking far too much,” Wyss was quoted as telling Swiss newspaper Blick.

As Russia’s war on Ukraine entered a seventh day, the British government was yet to say if Abramovich would be included among the wealthy Russians to be targeted in sanctions.

Chelsea, the reigning European champion, owes Abramovich more than $2 billion in loans after 19 years of injecting cash to elevate the club into one of the most successful in Europe.

Parliamentary privilege has been used by Chris Bryant, a legislator in Britain’s opposition Labour Party, to make claims about Abramovich over the last week.

Bryant has accused Abramovich in the House of Commons of having “links to the Russian state and his public association with corrupt activity and practices,” while urging him to sell the club.

Bryant claimed in an intervention in the House of Commons on Tuesday that Abramovich was already looking to sell London properties, speculating that “he’s terrified of being sanctioned.”

Bryant added: “The danger is that Mr. Abramovich will have sold everything by the time we get round to sanctioning him.”

Abramovich tried to distance himself from decision-making at Chelsea on Saturday by announcing plans to shift the “stewardship and care” of the club its foundation trustees. But the Charity Commission, which regulates the Chelsea Foundation, has received a “serious incident report” from the Foundation’s trustees amid concerns about how Abramovich’s plan can be enacted.

Abramovich has faced calls to condemn Russia’s attack on Ukraine which he hasn’t done yet.

In 2012, a High Court judge in London highlighted Abramovich’s connections to Putin in a ruling related to a legal battle. Judge Elizabeth Gloster said Abramovich had “very good relations” and “privileged access” to Putin though adding he could not “pull the presidential strings”. Abramovich has denied taking any orders from Putin.

Abramovich was last seen in public on the field in Abu Dhabi last month after Chelsea won the Club World Cup. His last public visit to a match at the club’s Stamford Bridge home was last year.

Abramovich has not had a British visa since 2018 when a renewal application was taking longer than usual to go through and was withdrawn. That came at a time when Britain pledged to review the long-term visas of rich Russians in the aftermath of the poisonings of Russian former spy Sergei Skripal and his daughter in the English city of Salisbury. Britain blamed Russia for the pair’s exposure to a nerve agent, an allegation Moscow denies, and Abramovich is not linked to.