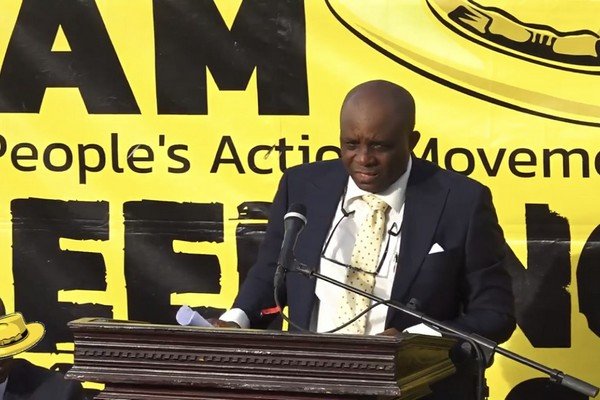 St Kitts and Nevis (WINN): Attorney at Law, Mr. Chesley Hamilton will be the new People’s Action Movement Candidate for Constituency Number 8 in the upcoming St Kitts Nevis General Elections. This was confirmed by the Party Leader, The Hon Shawn Richards on Wednesday afternoon May 18.

Richards endorsed Hamilton as a man who has been loyal to the People’s Action Movement over the years, having contested two general elections previously. Richards also praised Hamilton for his tremendous sacrifice after renouncing his Canadian citizenship to serve in Constituency Number 8.

Richards added, ” Not only will Chesley be a good candidate, but he will also be a great Representative who won’t abandon his people; and he will be one of the most talented men to have in Government. His candidacy strengthens our team and will prove to be an asset, not just for the people in [Constituency] Number 8, but to the entire country.”

Richards said he is quite satisfied with Chesley being the new Candidate for Constituency Number 8, as he will be representing the area of which he is from.

Mr. Chesley Hamilton succeeds the Hon Eugene Hamilton, who served Constituency Number 8 under the People’s Action Movement since the year 2010 .