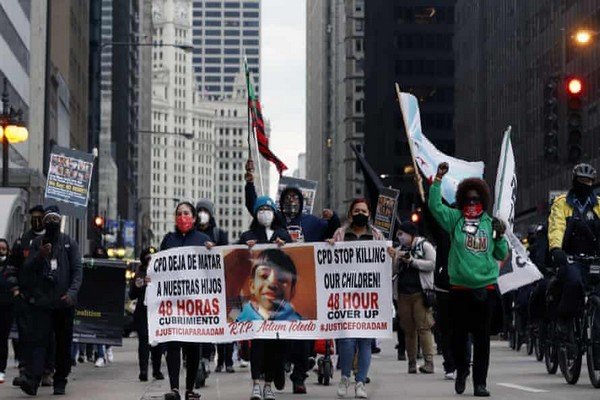 (Reuters) Chicago officials released to the public on Thursday a graphic body-camera video showing a police officer shooting and killing a 13-year-old boy while he appeared to be raising his hands in an alley more than two weeks ago.

The nine-minute video from Eric Stillman’s body camera showed the 34-year-old officer getting out of his squad car and running after Adam Toledo in an alley at 2:30 a.m. on March 29 in Little Village, a Mexican neighborhood on the city’s West Side.

The video then showed Stillman yelling “Stop” to Toledo before he caught up to him and ordered him to show his hands. Toledo appeared to raise his hands right before Stillman fired one shot and then ran to the boy as he fell to the ground.

“Shots fired, shots fired. Get an ambulance over here now,” the police officer is heard saying in the video.