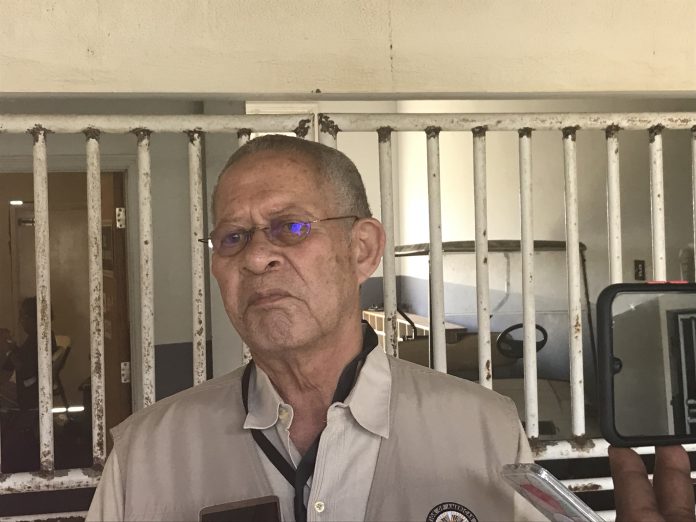 St. Kitts and Nevis (WINN): Eleven election experts are here in St. Kitts and Nevis to observe the 2022 General Elections, with experts in electoral organisation, technology, registries, political participation of women and finance covering all aspects of the electoral process.

Eight of the 11 officials are on the ground, and some deficiencies have been explicitly noted at the Kim Collins Athletic Stadium polling station.

“We observed some deficiencies at this location where a number of the presiding officers were working for the first time. So they were not persons who have experience of having worked in previous elections. And it appears to us that some of them are uncertain as to the procedures that ought to be followed. We can’t save, but it appeared to us that the level and quality of training could have been better. But the intervention of the returning officer was sought, and eventually, those issues were resolved. We came back here just to satisfy ourselves that those issues have been dealt with, and they apparently have been,” said Chief Golding during a press briefing at the Kim Collins Athletic Stadium.

Another issue the Chief of Mission pointed out was the lack of signage at some polling stations to make it easier for people to know where exactly they are supposed to vote.

“Many of the stations, there was no sign to indicate what number polling station that was, so at some locations, it was a bit confusing. Voters had to go to the list which were posted on the wall and comb through the list to see which station they were entitled to vote. That could have been simply avoided if we had a clear sign that said this is Station 1B and that is Station 1C.”

While Chief Golding said they did not want to come to any conclusions as yet, the observers think that things have gone well, and he commended the people of the Federation on the way they have approached the election at the time of writing.

The observers will be at the counting centres to witness the counting of the ballots and anticipate a long night, and Golding said they would not depart until they are satisfied that they have seen the conclusion of the elections.

A preliminary report from the OAS should be out on August 6, and the final report shortly after with recommendations on how to improve the electoral process as they have done in past elections.

The Chief did indicate one of the recommendations that will make it to the final report, and it has to do with the counting process that would require electoral reform.

“One recommendation that we have consistently made, in 2011 and again in 2015, is that we need to avoid any extended period of time between the closing of polls and the declaration of the results. When you close call that six o’clock on election day and 24 hours later, the people of St. Kitts and Nevis are still in the dark as to who won the election, you create too much opportunity for suspicion, contention, for anxiety, for conspiracy theories that cause people to question the process and not to have the level of confidence in the process that they need to have. People need to know that when a government takes office, that government was properly elected, and you run the risk of undermining that confidence.”

Golding continued, “we have recommended before, and we are going to recommend again; as is done in almost all other Caribbean countries, that if the votes are cast here [at polling stations], then the votes must be counted here. After six o’clock, after you’ve checked off all the materials and do the accounting that has to be done, count the votes in the presence of the agent of the parties and prepare a certificate indicating what the results are and then have that transmitted to the returning officer. If you do it that way, then it means that the counting can be proceeding in all the polling stations at the same time, and you’d be able to have a result before nine o’clock in the evening. So that people would go to bed knowing what the results of the elections are; it is something that we feel is important because we know that in the past, this has created unnecessary anxiety and tension among the people of the country, and that is something that we would urge to be avoided in the future.”

The mission will urge whatever government is sworn in after the elections are over to attend to the matter of electoral reform early.

“Perhaps because the government has all kinds of other urgent priorities, very little attention is paid to it, and it therefore languishes, and it is when the next elections come around that we say, “hey, you know we didn’t pay attention to this”, and you go to the problem all over again. We are going to urger that the government, whichever government is elected, attend to the issues of electoral reform and to do it early; to have the necessary discussions, consultation; not only among the political parties but with the society, with the public; have them properly informed so that we can have those improvements put in place long before the next elections are due.”

Commentators, media personnel and the people on the street anticipate that the count for this election will follow the trend of past elections where the final results would not be revealed on the night of the election. The polls close at 6 p.m., after which the boxes are transported to counting stations to be counted under the scrutiny of political agents.