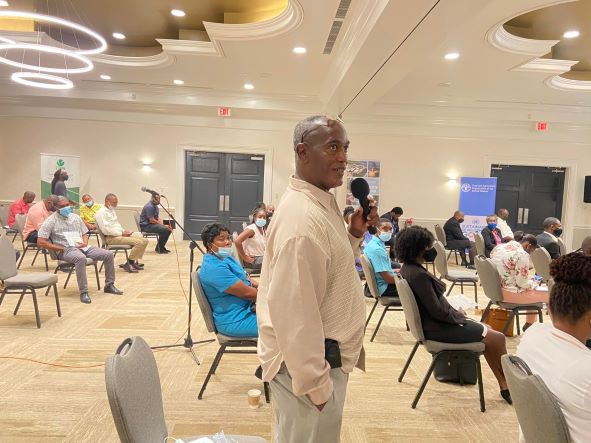 Basseterre, St. Kitts (SKNIS): Within the Federation of St. Kitts and Nevis, dog attacks on farms have been a destructive force over the years as they have dramatically reduced the animal population on the islands. The Ministry of Agriculture (MOA) is addressing the problem.

Chief Veterinary Officer in the Department of Agriculture, Dr. Lesroy Henry, during an interview on March 25, stated that last year, these dog attacks have reduced the small ruminant population by 20 percent.

He said, “In the first quarter, we had in the region of about 150 sheep and goats that were either killed or wounded by dogs and in the second quarter it went up to as high as 250. In the third quarter, it was somewhere in the area of 150 again and in the last quarter we had roughly 80.”

“In all cases, these animals whether they were killed or just wounded, would have posed a problem to our food security and so we have to address this matter from a departmental point of view,” said the Chief Veterinary Officer.

He said, “They would have to build a concrete structure at the base of the pen, use strong materials such as board, wire and galvanize, to make sure that these dogs do not enter these pens.”

He added that another initiative that the Department of Agriculture is trying to implement is the erection of a dog pound. In this dog pound, Dr. Henry stated that “We can employ trappers so that they can go out in the field and catch these dogs if possible.”

“We are also encouraging farmers to use donkeys on their farms because donkeys over the years have been acting as a protective measure that stray dogs on their compound would have to put up a fight with the donkeys in order to eat small ruminants,” he said.

“We do not have a clear vision of where your animals are on your farm and this gives the dogs an opportunity to go there and do their attack while you are not seeing what’s going on,” said Dr. Henry.

WhatsApp
Facebook
Twitter
Linkedin
Email
Print
Previous articleKAL assessment designed to improve the education system and maximize potential of teachers and students
Next articleWhat is the future of CBI Programs in the face of pressure from EU to phase out the program?

Contestants revealed for the 2022 staging of the Nevis Culturama Mr and Miss Talented Youth Pageant - https://www.winnmediaskn.com/?p=26341