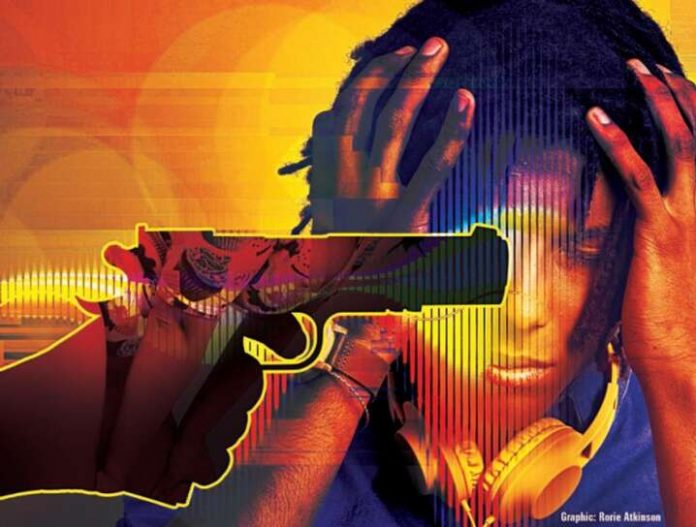 (Jamaica Observer) – Famous local entertainers have skirted around accepting responsibility for the negative impact that their sometimes profanity-laced music has on children, but several youths from primary and high schools across Jamaica say they can’t help but notice the destructive effect it has on young minds.

During this week’s Jamaica Observer Monday Exchange recognising Child Month 2022, five young people, whose ages range from nine to 19, all expressed disapproval of how easily accessible filthy music is to children.

Grade six student of Friendship Primary School Samoya Gordon shared that through overexposure to immoral music, children are at risk of being transformed into societal deviants.

Nine-year-old Tafari Wright also appealed to entertainers to maximise their creative potential to produce material that is friendly to all.

His twin sister, Ngozi, alluded that the music could very well be a contributor to some of the major problems in society that law-abiding citizens find difficult to cope with. She added that where some children will absorb and perpetuate what they hear in music and other material with widely disseminated adult content, there are those who become traumatised.

“My parents don’t rate it, so they don’t play that kind of music in our household. We are Rastafarians and I also think that the music is actually a problem because they are putting in a lot of violence. For example, the dancehall music from Shenseea and Spice, they put things in their music that children are not supposed to hear,” she said.