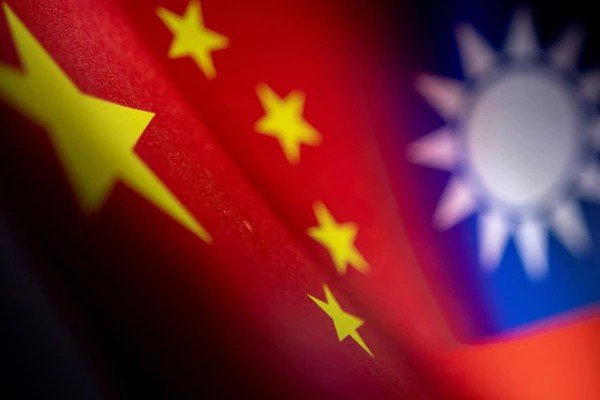 Hong Kong (CNN Business) China has suspended some trade with Taiwan in apparent retribution for a visit by the US House Speaker Nancy Pelosi to the self-governing island.

The curbs include the suspension of some fruits and fish imports from Taiwan, and exports of natural sand to the island.

China is Taiwan’s largest trading partner, with bilateral trade worth $273 billion last year, accounting for 33% of the island’s total trade with the rest of the world, according to the Taiwanese government.

Experts are also concerned about the impact escalating tensions between Taipei and Beijing may have on Taiwan’s semiconductor industry.

The self-governed democratic island of 24 million people is a global leader in the supply of semiconductor chips, which are a vital component for virtually all modern electronics, from cars to refrigerators to mobile phones.

China’s Taiwan Affairs Office said Wednesday that it would suspend imports of grapefruit, lemons, oranges and other citrus fruits, as well as chilled white striped hairtail and frozen horse mackerel from Taiwan.

In a separate statement, Chinese customs officials said the import suspension of citrus fruit is a result of “pest control” and “excessive pesticide residues,” and cited “Covid prevention” for the suspension on seafood imports.

China’s commerce ministry, meanwhile, suspended exports of natural sand to Taiwan, a key component for the production of semiconductor chips.
“Nancy Pelosi’s visit to Taiwan has triggered the expected ire of Chinese authorities,” said analysts from ING Group on Wednesday.

In response, Taiwan officials said China’s sand export suspension would have a “limited” effect and that Chinese sand accounts for “less than one percent” of its total demand.
China has previously banned imports of some Taiwanese products amid escalating tensions. Last year, China banned imports of pineapples from the island followed by some types of apples later in the year citing “pest control.” Earlier this year, it also banned Taiwanese grouper fish, a high-value seafood product from Taiwan, citing detection of some banned drugs.