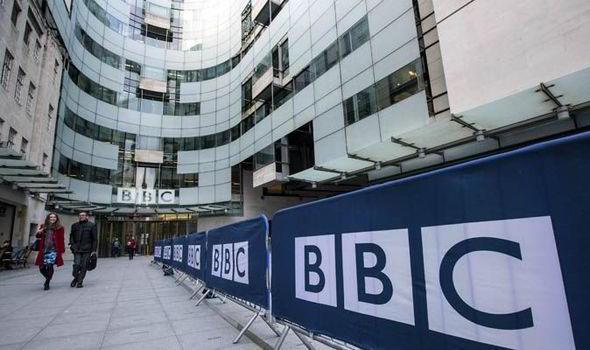 BEIJING (Reuters) – The BBC came under fire from Chinese officials and social media on Friday in an escalating diplomatic dispute, a day after Britain’s media regulator revoked the TV licence of Chinese state media outlet CGTN.

Britain and China have been exchanging barbs for months over China’s crackdown on dissent in the former British colony of Hong Kong, concern over the security of Huawei technology and the treatment of ethnic Uighur Muslims in China’s Xinjiang region.

On Thursday, Britain’s Ofcom revoked the licence of CGTN, the English-language sister channel of state broadcaster CCTV, after concluding that China’s ruling Communist Party had ultimate editorial responsibility for the channel.

Minutes later, China’s foreign ministry issued a statement accusing the British Broadcasting Corp of pushing “fake news” in its COVID-19 reporting, demanding an apology and saying that the broadcaster had politicized the pandemic and “rehashed theories about covering up by China”.