Christena Monument completed; to be commissioned at a later date 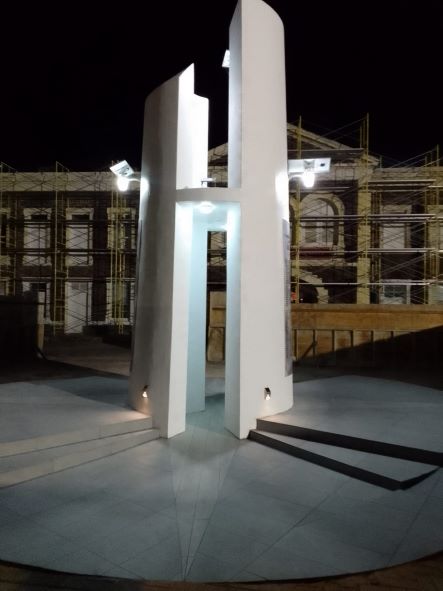 St Kitts and Nevis (WINN): August 1, 2022, marked the 52nd anniversary of the MV Christena disaster, and after years of waiting, the monument to commemorate those who passed constructed at Port Zante, Basseterre St. Kitts, will be commissioned shortly.

On the 50th anniversary of the MV Christena disaster, at a special sitting of the Nevis Island Administration (NIA), Prime Minister Dr. Timothy Harris announced that it was fitting to erect a suitable memorial in Basseterre, similar to the memorial in Charlestown, Nevis, in recognition of those who had lost their lives in the tragic disaster of August 1, 1970.

According to the Government information service, Mr. Calvin Pemberton undertook the project, plans were put in place, and discussions were held with disaster survivors, the Heritage Society management team and the Urban Development Corporation. The site was chosen on Port Zante behind the Treasury Building and was deemed most appropriate, having regard to historical factors and the construction of the monument began.

The monument’s completion was delayed because the COVID-19 pandemic interfered with labour and the sourcing of materials for the project.

The Christena monument is completed but will be commissioned at a later date.