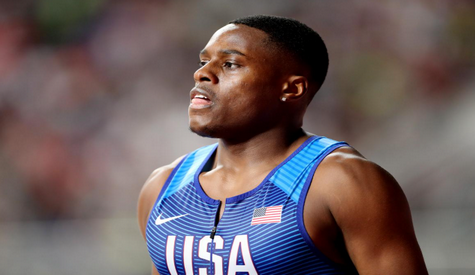 GENEVA (AP) — The man who had been expected to succeed Usain Bolt as Olympic champion will miss the Tokyo Games after failing Friday in an appeal to overturn his ban for missed doping tests.

The Court of Arbitration for Sport cut current 100-meter world champion Christian Coleman’s ban from two years to 18 months, but it won’t expire until November, three months after the Olympics.

Coleman’s 9.76-second run to win the 2019 world title was the fastest in the world in the past five years, and 0.05 quicker than Bolt when he won a third straight Olympic gold in 2016. Bolt, however, still holds the world record in the event, running 9.58 at the 2009 worlds in Berlin.

Coleman has never tested positive but the American sprinter broke anti-doping rules by missing three no-notice attempts to take samples from him in a one-year period.

The panel of three judges said 18 months “was the appropriate sanction in the circumstances” because Coleman was not entirely at fault for one of the missed tests.