CIU: Nigerian “Hushpuppi”, Facing Money Laundering Charges In The US, Not A “Citizen by Investment 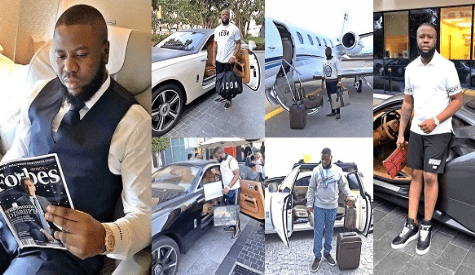 The statement refers to Ramon Olorunwa Abbas, 37, who was granted a St. Kitts and Nevis Passport in February 2020 and who appeared in Federal Court on Friday to answer the charges. Mr. Abbas is known as Ray Hushpuppi.

A government press release Monday (July 6) stated that Mr. Abbas was married in Nigeria in October 2018 to a Kittitian woman who is a resident of North Carolina.

“Any suggestion that citizenship was obtained through means other than marriage – such as the country’s Citizenship by Investment Program, which includes rigorous background checks – is therefore utterly false and willfully misleading,” the government declared.

“A Nigerian man nicknamed “Ray Hushpuppi” who flaunted his Rolls Royces, fancy watches, and designer clothing on Instagram faces money laundering conspiracy charges in the United States, according to the Department of Justice.

Ramon Olorunwa Abbas appeared in a federal court in Chicago on Friday. He is accused of conspiring to launder hundreds of millions of dollars through cybercrime schemes.

According to a federal affidavit, one of the alleged victims was the client of a New York-based law firm that lost nearly a million dollars in 2019.

Abbas was arrested last month by law enforcement officials in the United Arab Emirates and transferred to the US this week by the FBI.

Prosecutors allege Abbas is one of the leaders of a global network that uses computer intrusions, business email compromise (BEC) schemes, and money laundering capers to steal hundreds of millions of dollars.”