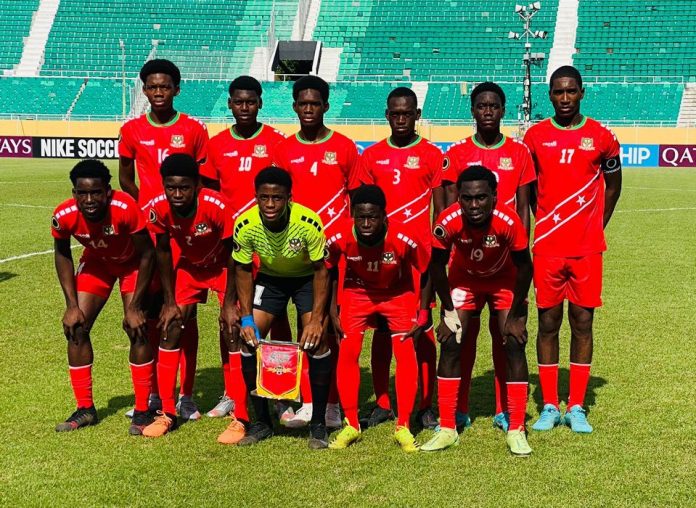 Coach of the St. Kitts-Nevis under 17 team that participated in the CONCACAF under 17 qualifiers, which were played in the Dominican Republic recently, Alexis Morris, is still very pleased with the output of his youthful team, despite the loss in the final game to the home team of 5 goals to 1.

Coach Morris pointed to the fact that up to halftime the SKN team was leading over the home team, by a margin of 1 goal to nil.

However, He gives credit to the Dominican Republic team, as they came into the second half with a new formation and extra grit and determination, to overpower the visitors and win the game by the margin of 5 goals to 1.

He also took time out to thank the support staff and the many supporters who called or texted their continued support of the team.