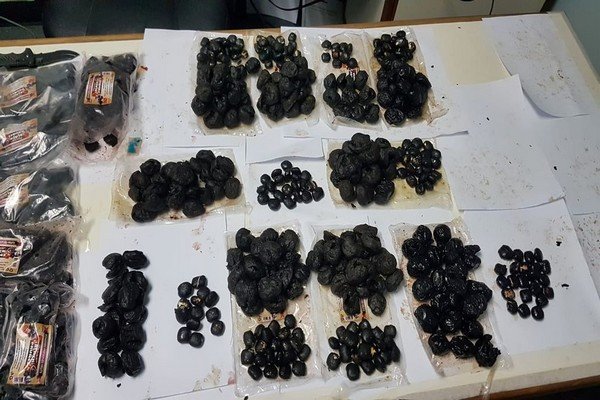 (Trinidad Guardian) An estimated $.3m in cocaine was found hidden in preserved fruits at the TTPost National Mail Centre in Piarco yesterday evening.

The cocaine find came mere hours after Customs and Excise Division officers and the Special Investigations Unit (SIU) made a significant arms and ammunition discovery at a Central warehouse in Couva on Monday night, which followed another large arms and ammunition find last Friday at the bond at the Piarco International Airport.

The officers later dissected the prunes and cherries in the preserved packets and found what appeared to be cocaine inside.

The drugs were later weighed and some 610 grams were discovered. Sources say the estimated street value was US$55,000 (TT$374,000). One kilogram of cocaine, according to law enforcement sources, is worth approximately US$80,000 on the streets.

The shipment was destined for the United States.