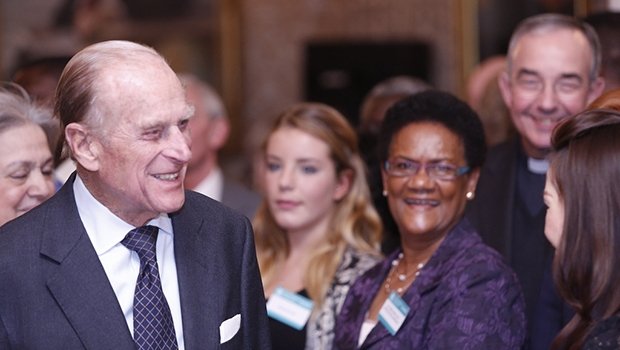 It was announced today by Buckingham Palace that Prince Philip, Duke of Edinburgh, died this morning at Windsor Castle.

The Secretary-General of the Commonwealth, the Rt Hon Patricia Scotland QC, paid tribute as follows:

“It is with deep sorrow that I have learnt of the death of His Royal Highness The Prince Philip, Duke of Edinburgh.

“Through over seventy years of marriage, His Royal Highness supported Her Majesty Queen Elizabeth II in fulfilling her duties as Head of the Commonwealth.

“The Duke shared with Her Majesty a high view of what humanity can achieve through cooperation and working together. His questioning mind and sense of adventure, combined with an engaging informality and forthrightness, enabled him to communicate huge positivity and faith as to what could be achieved through individual and international connection.

“His Royal Highness had experienced camaraderie and comradeship during World War II and service in the Royal Navy. Following his marriage in 1947, he sought out ways of bringing this spirit to the institutions and organisations of the Commonwealth, so that they would reap the dividends of collaboration in peacetime too – including for remote and marginalised communities.

“It was the Duke who in 1952, during their stay in Kenya en route to Australia and New Zealand, gave Princess Elizabeth the sad news that her father King George VI had died, and that she was Queen.

“Their Coronation tour of the Commonwealth in 1953, during which they covered 40,000 miles, took place in a world far less connected than it is today by swift travel and instant communications technology.

“At the time of her coronation, the Queen and Duke of Edinburgh were tremendously glamorous and remarkably young. They symbolised hope for the future, and the spirit of goodwill and optimism rooted in a sense of belonging together as members of a worldwide family – not just of nations, but of people.

“Their tours were important expressions of Commonwealth inclusiveness, bringing together countries and communities which – although far apart on the map – were made to feel close because of shared inheritances and their continuing Commonwealth identity, made real in a special way through the physical presence of The Queen and the Duke.

“His Royal Highness had a farsighted understanding of the potential of Commonwealth connection, and his approaches to bringing people together from a wide range of backgrounds to develop leadership skills were regarded as innovative and brave.

“With vigour and vision, the Duke of Edinburgh carved out an immensely valuable role for himself within Commonwealth networks, with a focus on projects and programmes through which he could build on his distinctive philosophy of cultivating understanding and self-reliance, and thereby complement Her Majesty’s official responsibilities and duties as Head of the Commonwealth.

“His Royal Highness described the Commonwealth Studies Conferences, which he founded in 1956, as “an extraordinary experiment”. They were a pioneering forum for bringing together emerging leaders and talented men and women from the management of industrial corporations, trade unions, the professions and civil society. His vision and prescience in creating this movement at this time was a striking demonstration of a depth of understanding of what would be needed to meet the challenges of the next millennium.

“Similarly, his determination through the Duke of Edinburgh Award Scheme to offer opportunities for young people to stretch themselves, to gain confidence and develop resourcefulness, was important in nurturing social progress and innovation throughout the Commonwealth.

“These were ground-breaking initiatives when first established, and continue – more than sixty years later – to offer valuable opportunities for people throughout the Commonwealth.

“His Royal Highness was associated as patron or president with a range of Commonwealth charitable bodies and civil society organisations, taking a keen interest in their activities. He also made notable contributions as an early and prominent advocate for international action on the conservation of wildlife and natural habitats.

“During a period of unprecedented change and technological progress, the Duke of Edinburgh supported The Queen with energy and imagination. They will each of them forever remain inextricably connected to the period when the Commonwealth developed and grew in stature.

“Past, present and future generations of Commonwealth citizens owe a debt of gratitude to Prince Philip for remaining constant and steadfast in his commitment to the Commonwealth, and his assuredness and vision of its global importance.

“When meeting His Royal Highness, I always found him charming and witty, and he showed real kindness making every effort to put me at ease.

“In mourning his passing, we each share in some measure the far greater sense of loss and bereavement Her Majesty The Queen and members of the Royal Family will be feeling at this time of such sadness.

“It falls to me, on behalf of the Commonwealth family which he served so long and so faithfully, to offer Her Majesty and all those close to His Royal Highness Prince Philip our heartfelt condolences and sympathy.”

Address By Premier Mark Brantley on the Rising COVID-19 Cases

Who Qualifies as an “Essential Worker”?

AG Byron: Details of Lockdown and Curfew to be Revealed in Statutory Rules and Orders

Thousands March in Support of Muslim Family Killed in Canada

Click on the link below to listen to our WINN Newscast 13 June 2021www.winnmediaskn.com/newscast/ ... See MoreSee Less

Address by Premier of Nevis, the Hon. Mark Brantley on the Covid-19 Situation — June 12, 2021. ------------------------------------Key points1. All offices of the Nevis Island Administration shall remain open. Businesses shall remain open as well provided that all protocols as to mask wearing, physical distancing and hand sanitizing are in place. All workers should report to work on time and wearing their masks. However, for the next 14 days, businesses should encourage workers to work from home where possible.2. All ferries have voluntarily decided to suspend their services to St. Kitts. However, Wesk Agency has agreed to do a single round trip in the morning and one in the evening via MV Mark Twain but restricted only to essential travelers. Water Taxis will only do charters. 3. All other measures announced by Prime Minister the Hon. Dr. Timothy Harris will be enforced. To be clear, the Island of Nevis will have a curfew from 6p.m. to 5a.m. for the next two weeks as announced. No mass gatherings allowed. Beaches restricted to exercise only. Restaurants can open but only take-out and delivery service. 4. All gaming establishments will remain closed. Public transportation will continue to operate at 50 percent capacity with mandatory mask wearing and sanitizing. 5. People still allowed to attend church services. Construction workers still permitted to go to work.6. With no cases on Nevis (community spread) there is only need for enhanced restrictions. However, if cases do emerge, then more stringent measures including the option of a lockdown might become neccessary. 7. As of June 11, 2021, a total of 4,855 received first dose of the AstraZeneca vaccine. A total of 2,632 have received both doses. The target population for Nevis is 8,564. 8. All health centers in Nevis remain open on Saturdays as well. ... See MoreSee Less
View on Facebook
· Share

Covid-19 Press Briefing | National Emergency Operations Centre — June 12, 2021. ------------------------------------Key points1. Thirty-two cases of Covid-19 recorded Friday, June 11, 2021, bringing the total of active cases to 123. Four of these cases are currently hospitalized with one experiencing moderate symptoms of Covid-19. To date, 64 cases have fully recovered. There are now 187 confirmed cases of Covid-19 in the Federation with 173 for St. Kitts and 14 for Nevis. No Covid-19 related deaths reported. 2. As of June 12, 2021, the Public Health Team has identified 1,679 contacts with 1,226 being cleared. 453 have been quarantined. 3. As of June 11, 2021, a total of 31,321(65.2 percent) of the target population have received their first dose of the AstraZeneca vaccine. 23,824 for St. Kitts and 7,487 for Nevis. Second dose numbers are 9,779(30 percent).4. Factors fueling the increase in cases are individuals as well as private and public sector entities not adhering to the Covid-19 Prevention and Control Measures. Complacency and inaction and the vaccination rate below herd immunity threshold. During these two weeks of restrictions, the number of positive cases should decrease. Majority of people diagnosed with Covid-19 have not been fully vaccinated. Few of these individuals have received just first dose of the vaccine.5. All barbershop and hair salons shall remain closed for the next two weeks in the first instance. All places of religious instruction or worship shall continue to operate by means of virtual services or meetings. For the next two weeks, no person shall hold or attend a wedding or funeral where more than ten persons are in attendance. No wedding or funeral should have a duration for more than 60 minutes. Any person who contravenes or fails to comply with these regulations shall be liable to a fine not exceeding EC$5,000. 6. Ocean Terrace Inn (OTI) is no longer providing quarantine services until further notice. People are encouraged to make reservations with other quarantine sites and vacation in place such as Park Hyatt, Royal St. Kitts Hotel, St. Kitts Marriot Resort, St. Kitts Marriot Vacation Club, Four Seasons Resort Nevis, Paradise Beach and Koi Resort. 7. Social Services Department continues to provide assistance to people in home and other quarantine centers with care packages and Psychosocial support.8. All health centers in St. Kitts and Nevis remain open. People are encouraged to vaccine agaisnt Covid-19. ... See MoreSee Less
View on Facebook
· Share

St. Kitts and Nevis vaccination report as of Fri 1

All essential businesses may continue operation by

The Police High Command says a civilian member of