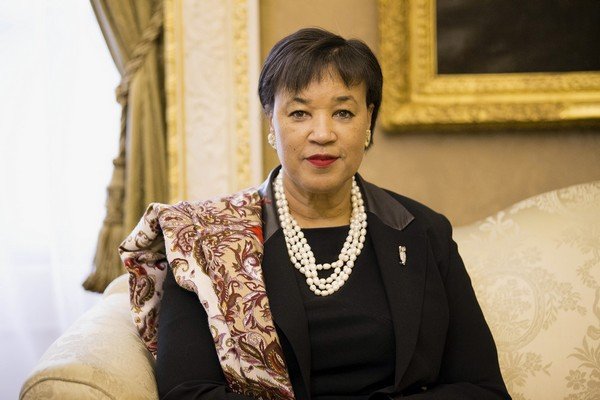 This week, Commonwealth Secretary-General, the Rt Hon Patricia Scotland QC, will push for bold and swift action in supporting small and vulnerable states to fight the global interlinked crises of climate change, the COVID-19 pandemic and their resulting economic fallout.

Secretary-General Scotland is in Barbados to attend the United Nations Conference on Trade and Development’s UNCTAD15, the highest decision-making body of UNCTAD. The conference calls for reducing inequality and vulnerability by ensuring trade works for all.

Ahead of the conference, Secretary-General Scotland said:

“We no longer have any excuse not to act. Emerging from the COVID pandemic, we have a critical window to set a new development path and build back better. What the world needs now is urgent, decisive and sustained pro-development action. As partners, we need to support the efforts of small and vulnerable countries to restore, rebuild and reinvigorate their economies in the shortest period after this global shock. Current shrinking economic activity, heavy debt burdens and depleting revenues are limiting governments from investing in social infrastructure and the human capital needed for long-term development.”

During UNCTAD15, Secretary-General Scotland will be participating in the Opening Ceremony and World Leaders Summit on October 4th and will be speaking at Ministerial Roundtable III on Regional integration for a resilient, inclusive and sustainable future on October 6th.

She will also meet with global leaders to advocate the interests of Commonwealth countries, exchange knowledge and best practices, highlight valuable data such as the Commonwealth’s Trade Review 2021, and mobilise resources to support Commonwealth programmes.

As Commonwealth countries seek to fast-track economic recovery post-pandemic, Secretary-General Scotland is working together with the United Nations and partners on strategies to build resilience for some of its most vulnerable countries. The Commonwealth Secretariat’s advocacy at UNCTAD15 will help to frame international policy discussions and decisions to support small and vulnerable states work towards a sustainable and prosperous future.