Communiqué of the 4th Special Meeting of the OECS Authority 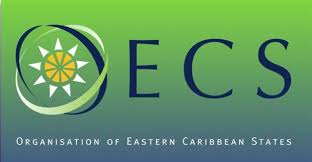 Friday, November 20, 2020 — The Fourth Special meeting of the OECS Authority was held virtually on November 19th 2020, under the Chairmanship of Dr. the Honourable Roosevelt Skerrit, Prime Minister of the Commonwealth of Dominica.

The main focus of the meeting was to discuss the way forward on COVID-19: classification systems, testing solutions and the procurement of tests.

THE WAY FORWARD FOR OECS COVID-19 RESPONSE
The OECS Authority received a report from the Director-General of the Organisation of Eastern Caribbean States (OECS), Dr Didacus Jules, on the OECS Commission’s continued dynamic response to the COVID-19 pandemic, specifically in the areas of Health, Economic, Education, Social and Security (HEESS), which emphasized the region’s cohesion during this crisis. The Commission was tasked by the Authority to come up with a new system for living in the era of the novel coronavirus. The presentation covered the OECS Framework Protocols; Priority Decisions, Monitoring and Classification; and Travel Requirements. With respect to Education, the Authority was apprised on revised school protocols across the region and the efforts being made to ensure the continued access to quality education at all levels.

The Authority received a report from the Caribbean Public Health Agency (CARPHA), the regional lead agency for health, on its recently redesigned protocols. These new protocols will allow better timely data capture for quicker action to reduce the transmission and spread of the COVID-19 virus. These protocols were developed collaboratively by CARPHA with regional Chief Medical Officers following the need for more timely advisories and the separation of data between local and imported cases. The new protocols will also help with country classifications by the Centers for Disease Control and Prevention (CDC), the national public health agency for the United States of America (USA).

CARPHA reported that it was integrally in discussion with the COVAX Facility which is a 64 country global initiative that brings together governments and manufacturers to ensure eventual COVID-19 vaccines reach those in greatest need. CARPHA committed that it will ensure that any vaccine making its way into the region has been rigorously screened and passes all the due diligence tests. An appeal was made to the Member States to recognise the interface between CARPHA and the Centre for Disease Control (CDC) where CARPHA was required to obtain information on infections and travel; from the Member States for onward transmission to the CDC.

The Heads received a report from Dr Sean Matthews, Chairperson of the Negotiating Sub-Committee for the establishment of a testing and data solution at the gateway airports in eleven (11) international locations, from which tourists access the Eastern Caribbean, to allow for safer travel to the OECS Member States. The Heads noted with satisfaction the conclusion of these negotiations and that the appropriate documents were sent to all the Attorneys General. Following discussions with their respective Attorneys General, the Heads committed to reporting on the conclusions before the end of November.

Dr. the Honourable Roosevelt Skerrit, Prime Minister of the Commonwealth of Dominica and Chairman of the OECS Authority

Dr. the Honourable Ralph Gonsalves, Prime Minister of St. Vincent and the Grenadines;

His Excellency Alfred Marie-Jeanne, President of the Executive Council of the Territorial Authority of Martinique; and

Dr Didacus Jules, Director General of the OECS, and the following Commissioners were also in attendance:

H.E. Colin Murdoch, Commissioner to the OECS for Antigua and Barbuda;

H.E. Felix Gregoire, Commissioner to the OECS for the Commonwealth of Dominica;

Senator Cathisha Williams, Commissioner to the OECS for Grenada;

Ms Najan Christopher, Commissioner to the OECS for the British Virgin Islands;

Ms Maguy Marie-Jeanne, Commissioner to the OECS for Martinique; and

H. E. Allan Alexander, Commissioner to the OECS for Saint Vincent and the Grenadines

H.E. Debra Lewis, Commissioner to the OECS for Montserrat

Other Members of Delegations in attendance were: