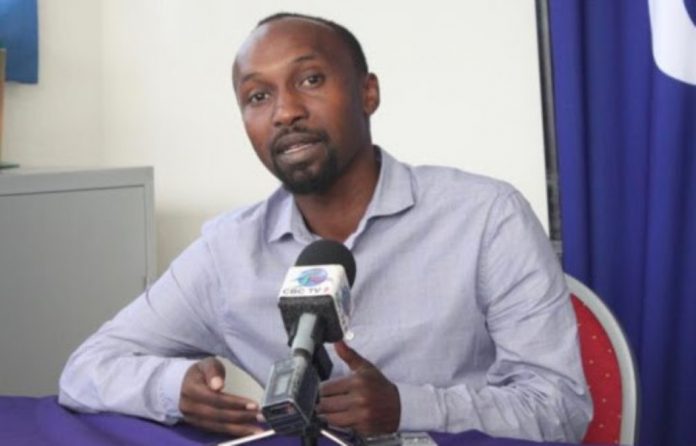 According to an article in The Guardian newspaper, Mohamed was accused of sexually assaulting and harassing female players in Barbados during his tenure.

Twenty-seven players from the senior women’s team signed a letter urging the Barbados Football Association to investigate claims made by one of their teammates against Mohamed.

In February 2021, the BFA issued a notice indicating that the Association and a staff member “parted ways following a thorough investigation into misconduct allegations made by a female player against the unnamed staff member.”

This morning (February 4) an article on Barbados Today said that Randy Harris, president of the Barbados Football Association (BFA), said he had no knowledge of several allegations published in the Guardian against Mohamed while employed in Barbados and promised that the BFA would have to investigate the claims.

Additionally, a letter reaching WINN’s newsdesk from CONCACAF addressed to Techell McLean, the General Secretary of the SKNFA, stated that:

“With extreme surprise and concern, we have noted that the St. Kitts Nevis Football Association, through various mediums, has affirmed that CONCACAF was consulted in relation to the hiring process of Mr. Ahmed Mohamed as technical director of the SKNFA.

In this respect, we want to unequivocally reaffirm and stress, as we have done in recent days, that no one in the Concacaf administration was or has been consulted in relation to the engagement of Mr. Mohamed with the SKNFA.

CONCACAF takes the allegations against Mr. Mohamed extremely seriously and has duly noted that FIFA will look into the matter.”

The letter was signed by Philippe Moggio, General Secretary of the CONCACAF.

WINN FM’s news team attempted to confirm whether McLean from the SKNFA received the letter but was unsuccessful at news time.

Like the SKNFA President, General Secretary McLean also stated that the association did its due diligence earlier this week.

“Now, with reference to the allegations against Mr. Mohamed, what I want to say [is] when you are [hiring] anybody, you will have to do your due diligence check. Now when we [SKNFA] did our due diligence check, CFU, CONCACAF and FIFA, which are associates, [sent] their response and gave high accolades when it comes to us hiring Mr. Mohamed to lead our Technical Department, as Director of Football, not as the Technical Director,” said McLean to the host of Freedom FM’s Issues, EK Flanders.

Mohamed is in Anguilla with the St Kitts women’s team, who beat their hosts 3-0 in a friendly on Thursday (February 3) and has another match on Saturday (February 5) to end their two-game warm-up series against the Anguilla Women’s National Team.

Nomination Day is over; Nevisians to decide the way forward in December 12 elections - https://www.winnmediaskn.com/?p=31463