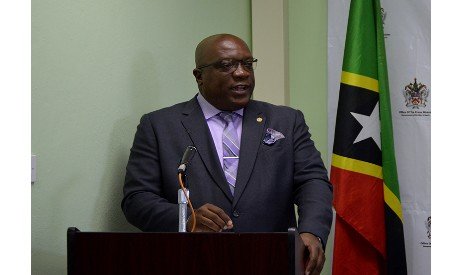 St Kitts and Nevis (WINN): Since the declaration of a state of emergency on Saturday, March 28, 2020, and the full lockdown on 31 March 2020 it has been a total of 18 weeks that St. Kitts and Nevis has been affected by the COVID 19 outbreak reported by the World Health Organization as an outbreak on 30 January 2020.

As a result of the lockdown, the economy of the federation slowed to a halt and is currently on track to a full reopening. However, during the 18 weeks, stimulus packages were made available to eligible applicants for a three month period, April – June, offering financial aid of up EC$1,000.00 a month.

As we stand now, in the month of August, the main industry of our federation is still under review from the National Emergency Operations Center (NEOC) for reopening, forcing many employers within the tourism industry, specifically the hotels, to make their staff redundant.

During the July 28 broadcast of ‘Leadership Matters”, Prime Minister Dr. Timothy Harris answered several questions and concerns surrounding the three month stimulus packages started in April 2020. Originally, the packages were only for 3 months and should have been for 15 million. According to Prime Minister Harris, Over 22 million has been paid for the original 3 months, April – June 2020. The eight million dollar difference stems from the government’s decision to relax the stipulations previously placed on the application process for the packages.

“That was because we attempted to be generous to many people. There was a live, an important debate being conducted on public media, regarding whether or not persons who did not contribute to social security… should be able to benefit having made the decision not to contribute to this scheme.”

Instead of the packages being available to only those who have been making contributions, that all regardless of contributory status, based on the state of the world and the economy under the effects of a pandemic, be allowed to take advantage of the stimulus package.
“The government determined that it was a pandemic, that all people were being affected and that we should be at our companionate best.”

According to Prime Minister Harris on the July 28 broadcast, the alleged three month extension on stimulus packages is currently in discussion with the Social Security Board.
However, in light of the lack of actions toward the stimulus extension, the next likely step should be prepared for severance pay for those employees made redundant by their employers.

To qualify for severance pay:

– The employee must’ve worked for an employer for one full year.

– Also the employer has discontinued or ceases to carry on all or part of the business.

– The modernization/mechanization of all or part of the business.

– Impossible to carry on all or part of the operations.

– Forced to reduce because of a change in the market.

– Death of owner resulting in the closure of the business. Liquidation due to bankruptcy.

– Resignation because of severe harsh work environments. The burden of proof is on the employer.

In terms of the extention of the stimulus packages, we are still awaiting the decision of the Social Security Board and government.