Condor Resigns, Turns His Back On Team Unity, Backs SKNLP For The Elections 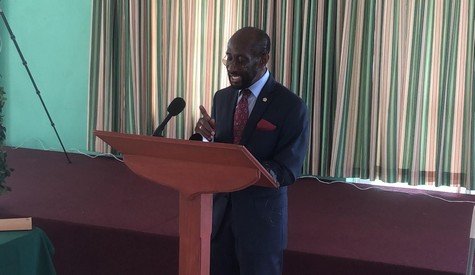 Mr. Condor resigned as deputy prime minister from the former administration in January 2013 over disagreements with Dr Douglas. He and Senior Minister in that Administration, Dr. Timothy Harris, who was fired from cabinet after objecting to the direction the SKNLP was headed, broke with the SKNLP to form the People’s Labour Party (PLP) in June 2013.

The PLP teamed up with the People’s Action Movement (PAM) and the Concerned Citizens Movement (CCM) to contest the 2015 election against the SKNLP. That coalition defeated the SKNKLP and Dr. Harris was chosen by the victorious representatives as the first among equals and sworn in as the Prime Minister of St. Kitts and Nevis.