“Confusion Amongst Vincentians Regarding The Ongoing Eruption” 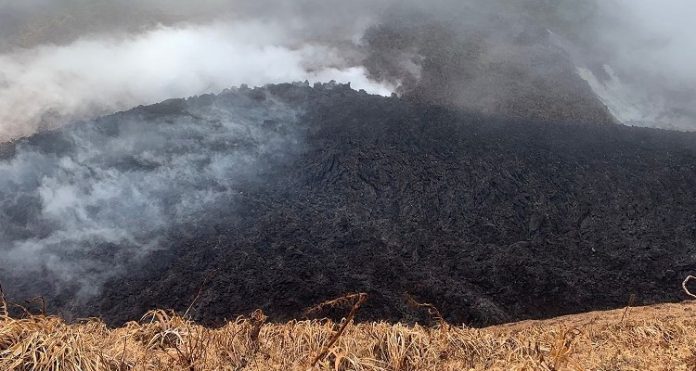 The lead scientist with the UWI-SRC team in St Vincent says there is some confusion amongst the Vincentian population regarding whether or not the La Soufriere volcano is erupting.

Dr Thomas Christopher says as long as the Volcano is pushing magma or lava to the surface, it is an eruption.

He says these eruptions could be very gentle in some cases, which is the case now where you have lava coming out slowly while building a dome and releasing gas.

“So and effusive eruption, an example of that would be 1971 eruption, as we’ve seen this volcano has done this before, so I guess the fact that it’s not generating explosions some people think that it’s not an eruption, but it is”, Christopher says.

Dr Christopher stated this is the sort of eruption you want, these gentle ones which are non-violent and not so much threatening unless you’re right up next to the crater rim or trying to go down into the crater.