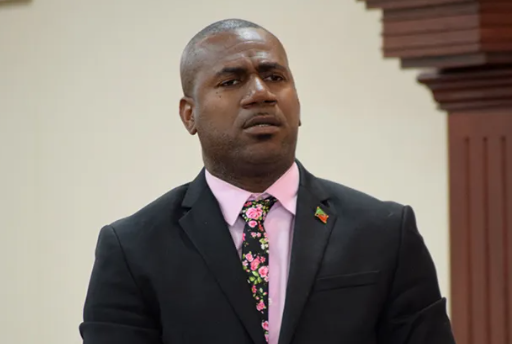 Political Leader of PAM Shawn Richards was at the site where the prison is being constructed when he touted figures believed to be the cost of construction. Richards claimed that the construction of the prison is shrouded in conflicts of interest and nepotism.

“A decision has been taken to build a prison as an approved CBI Project but let us ask some questions. Why would a prison cost almost $2 billion?” said Richards.

Richards alleged that “the project has been approved through the sale of 5000 passports at a cost of US $175,000 per passport. That equals to US $875 million.”

An article penned by the St. Kitts Nevis Information Service on December 07, 2016, reported that the prison will be constructed at Estridge Estate.

During his appearance Tuesday (June 21) on the PAM sponsored radio show called “The Movement”, Jonel Powell, the PAM Candidate for Central Basseterre, also questioned the construction of the prison.

“The prison is being built, in terms of financing, is similar to what we did with the Park Hyatt. A developer comes in, presents a project and they are allocated ‘x’ number of shares which represent citizenship which they can make available to the investors. The only difference with this particular project is that when it is completed, it will be turned over to the government to manage and to operate which means that the government did not have to find the money to build the prison,” Mr. Powell said.

He continued: “Where the controversy comes in now is having approved that project. The PAM ministers were part of the approval process for that project while we were in government. The controversy is what happened after it was approved?

It is a private project. It is being done by a private company and so there is no need for for any tender for different contracts. The land had to be cleared and the company used is the Prime Minister’s brother; the security company that is providing services there is the Prime Minister’s brother. When you look at the service provider that is being used to process the citizenship application is a company in which his brother and family own.”

Mr. Heston Hamm, owner of Stone Deals, one of the companies reportedly providing services in relation to the construction of the prison, said he is seeking legal advice following the allegations made by Richards.

WINN FM contacted the Citizenship By Investment Unit for comment on the matter but an official there said they could not comment. The Office of the Prime Minister could not comment at the time of writing.

This is a story that we are tracking.