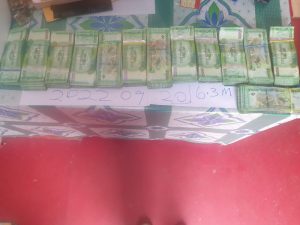 Guyana, (Demerara Waves) – A contractor and a construction worker, who allegedly stole GY$400 million worth of raw gold from a house they were repairing, have been charged with larceny and one of them has admitted to stealing the 1,000 ounces of gold and has been sentenced to four years imprisonment.

“The victim is a female gold dealer and over the years, she accumulated the raw gold and concealed them at a location within the confines of her home. The suspects were contracted by the victim to conduct repairs to her home and in the process of doing same, they found the gold and they divided up same amongst themselves and then they went on a spending spree,” the police force said.