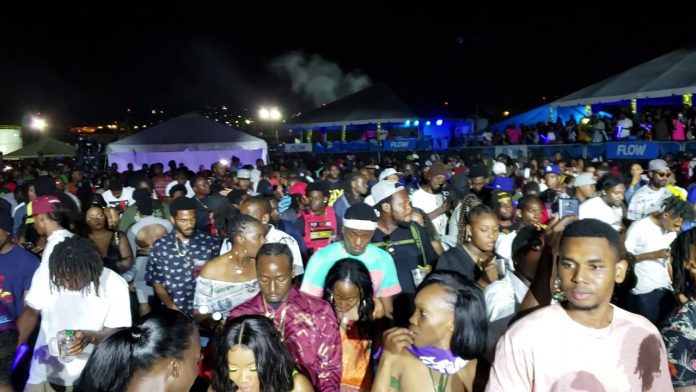 St Kitts and Nevis (WINN): For thousands of people at home and those returning home, a traditional December offers the delights of Christmas and Carnival-fetes galore, parades, Jouvert and a host of exciting engagements that roll into the new year.

This year is different.

It’s not a traditional December.

One, that has the Commissioner of Police Hilroy Brandy, on Monday (December 7), warning people not to buy tickets from promoters unless those promoters have approval from the police.

“We know that tickets are being sold for events that I have not signed off on and some do not even meet the criteria. This is not fair to the person buying the ticket. Event organizers need to be responsible. The situation this year has presented unique challenges. This is new for all of us, but at the end of the day, people’s safety must come first.”

Promoters are now required to seek permission from the Commissioner of Police by showing actionable plans that are to be implemented at the event including social distancing protocols, temperature checks, enforcing the wearing of masks by patrons and hand sanitization arrangements.

The popular Carnival Season event Cooler Fete which was advertised over the Thanksgiving weekend November 26-29, and slated for December 19, and was reportedly sold out, was cancelled.

Posts on social media claimed the promoter would have to refund patrons.

In invited comments on Tuesday (December 8), President of the Professional Association for Creativity & Entertainment (PACE) Azem Bailey and local Promoter Amali Armony expressed their views on the matter.

According to Armony, he is only aware of publicly cancelled events including CoolerFete, Breaking Dawn and his own event TailGate.

While he could not say for certain why the other two events were cancelled he described the reason why he made the decision to cancel his event.