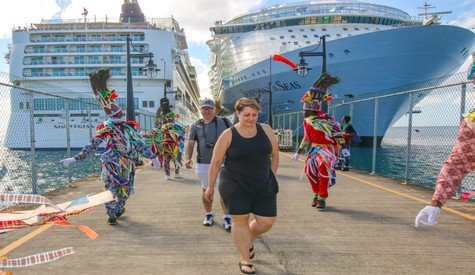 (VI Consortium) The Centers for Disease Control and Prevention announced Thursday that it has extended is no-sail order to September 30, as Covid-19 cases continue to surge in the U.S. with the continent reporting a staggering 75,000 cases on Thursday, according the New York Times.

Previously, the ban was extended to July 24. The CDC also said the ban could be lifted earlier if the secretary of health and human services declares that Covid-19 is no longer a public health emergency, or if the CDC director makes changes to the order based on public health deliberations — a move that is highly unlikely.

The no-sail order was also extended so that the cruise industry could develop new protocols to safeguard their customers and employees from the virulent disease, the CDC said.

Between March 1 and July 10, there were 2,973 COVID-19 or COVID-like illness cases on cruise ships, in addition to 34 deaths. “These cases were part of 99 outbreaks on 123 different cruise ships. During this time frame, 80 percent of ships were affected by COVID-19,” the CDC said. As of July 3, nine of the 49 ships under the no-sail order have ongoing or resolving outbreaks. According to U.S. Coast Guard data, as of July 10, there are 67 ships with 14,702 crew onboard.