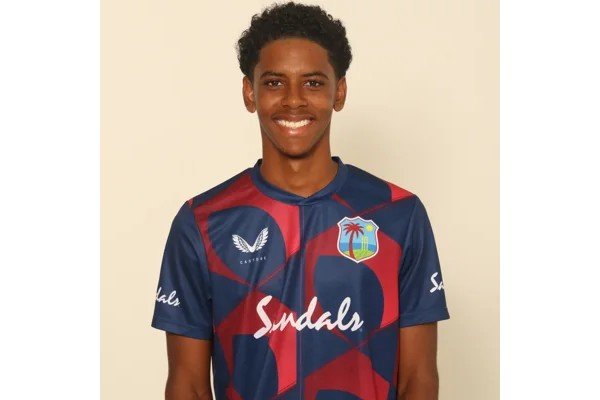 The squad will be led by Ackeem Auguste, the left-handed middle-order batsman, with allrounder Giovonte Depeiza, as the vice captain. They were also at the helm during the six-match Youth One-Day International Series in England in September. The players were selected following the recent high performance camp and preparation matches which featured 28 players at the Coolidge Cricket Ground in Antigua.

The West Indies Rising Stars U19s have been drawn in Group D alongside Australia, Scotland and Sri Lanka for the 16-team tournament which will be played from January 14 to February 5. Matches will be played in Antigua and Barbuda, Trinidad and Tobago, St Kitts and Nevis, and Guyana. Before the ICC U19 Men’s Cricket World Cup, a five-match warm-up series is being planned with details to be announced in coming days.

Lead Selector Robert Haynes said: “Overall, the selectors are very pleased with what we have been seeing from these players and we expect some very exciting cricket in the World Cup. The batting is solid, our concern coming out of the tour of England was the middle-order, but we saw some really good performances in the camp and some very good partnerships. The bowling is very good, and we think we have the right combination of spinners and fast bowlers. This is a balanced squad and the players are very excited. It is now for these youngsters to go out and put on display what they learned in the camps which were organized for their benefit.”

Haynes added: “I must also commend the coaching staff and everyone involved in getting these young cricketers prepared for this level of competition. It has not been an easy task with the COVID-19 pandemic in our midst, but we have overcome several hurdles and have a team which is well organized and ready for the challenges ahead.”

Head Coach Floyd Reifer said: “Coming out of the last camp in Antigua, we have seen a lot of improvement and development in the players, and we came up with a very good squad. I’m confident that we have a well-balanced team going into the World Cup, and we have the team to do very well in the tournament. We have a lot of talented players and what we are working on is the tactical side of our preparations. We have batsman who can bowl well and bowlers who can bat as well, so we have a good balance.”

Captain Ackeem Auguste said: “It is a special honor to be named to captain the West Indies team. To represent the people of our region is a special privilege and it’s a really exciting time for me and my team-mates and we know this is a great opportunity on the international stage. We had the tour of England earlier this year and that was a good experience for all of us. I learned a lot about leadership on that tour and I would say I have grown since then. We have worked hard to reach this stage and we are ready ahead of the World Cup.”