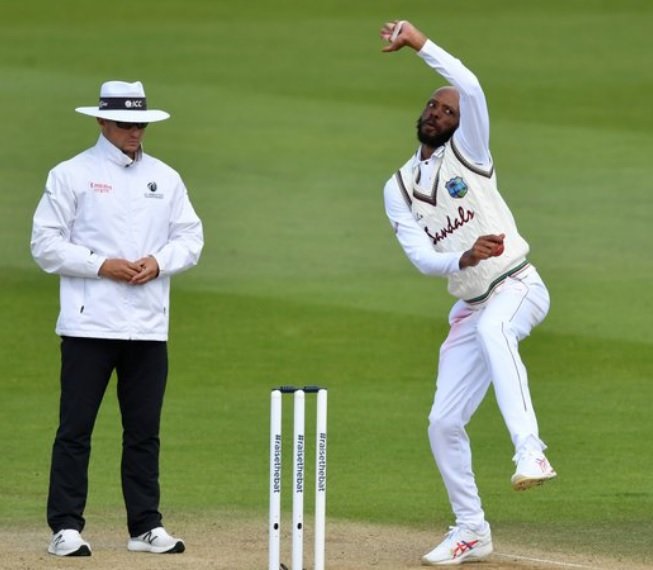 (Windiescricket) – Shai Hope hit a brilliant unbeaten half-century to follow up Roston Chase’s four-wicket haul as Cricket West Indies’ President’s XI dominated Sri Lanka on Wednesday. After bowling out the visitors for just 172 just after tea, the President’s XI reached the close on 103-1 with Hope unbeaten on a stroke-filled 60 off just 72 balls.

Hope was a picture of class as he played a number of stunning shots – the two best which went for sixes. The first was a nonchalant flick over deep square leg and the second a slog sweep over of great authority which cleared wide long-on by some distance. He has also hit ten fours so far. Left-hander Darren Bravo ended the day on a solid 30 not out off 69 balls, and has so far put on 94 for the second wicket with Hope.

Chase had earlier picked up 4-12 as Sri Lanka collapsed from 137-5 to lose their last five wickets for 35 runs in quick time. Oshada Fernando top-scored with 47, Dinesh Chandimal struck 40 while Pathum Nissanka, made 23.