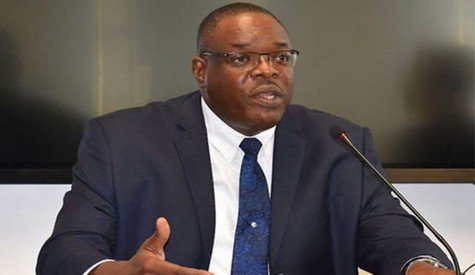 St Kitts and Nevis (WINN): During a virtual press conference on September 25, Registrar of the Caribbean Examination Council (CXC) Dr. Wayne Wesley attempted to provide clarity surrounding the concerns raised about the 2020 CXC results through a detailed report to Ministries of Education and press from around the region.

At the beginning of his presentation, Dr. Wesley stated that the performance this year across the board remained the same compared with the previous three years’ results. Wesley was quoted as saying, “…In fact, you’ll recognize that there’s an increase in the performance in terms of those persons receiving acceptable grades.”

According to the data charts illustrated at the conference, the number of students who received acceptable grades, their results for this year’s CAPE were better than results from 2017-2019: (with 2020 achieving 93.25% acceptable grade compared to 2019’s 92.98%, the highest of the previous three years)

When looking at the data presented during the conference, the distribution of Grade Ones for CAPE for 2020 was 453 fewer Ones than 2019, but higher than the Ones gained in 2018 and 2017.

The fluctuations in grades from II-VII over the four years could be seen as comparatively similar with an average difference of 1,748 more students receiving Grade II’s in 2020 compared to the previous three years.

Dr. Wesley stated, “The patter shows that the distribution and the quality of grades received remains pretty much intact.”

During the conference, Dr. Wesley said that while a general re-grading of the results will not take place, schools, centers, Education Ministries, and students can submit requests for queries or a review by October 23. After that, the official CAPE and CSEC results will be released on November 6.

Students have the option to request a review or query with CXC, but a fee of US$30 is attached to requests for reviews and CXC said this fee will not be waived. However, candidates who have questions about an absent or ungraded result may submit a query at no cost.