Dawn Of A New Era For Guyana’s Cricket, Singh is GCB President In 1st Democratic Elections In A Decade 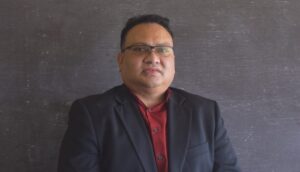 Georgetown, Guyana (Kaieteur News) – In gloomy weather conditions at Rahaman Park, yesterday, saw the dawn of a new era for Guyana’s cricket when Demerara Cricket Board President and Businessman Bissoon Singh was elected as the New President of the Guyana Cricket Board at the first democratically held GCB Elections in over a decade.

Yesterday’s elections which saw the no show of Essequibo Cricket Board was held a day after Anand Sanasie, the former Secretary of the GCB, and his running mate Calvin Hope, the Vice-President of the BCA, did not turn up leaving the CWI without the nine delegates needed to hold the elections.

This was the first time ever that the elections of the Regional Board were postponed and it has now fixed for April 11 via zoom.

However, this was not the case when the ECB, who were supporting the incumbent Board, did not show up since 17 delegates were needed for the Elections to proceed.

All nine delegates from the BCB and DCB turned up very early for the elections which were scheduled to commence at 11:00 hrs.

Cricket Ombudsman Attorney at Law Kamal Ramkarran who was appointed by the Minister of Culture, Youth and Sports Charles Ramson Jnr, was the presiding officer of the Elections that went very smoothly with those who were nominated for positions being unopposed.

The position that had two nominees was for the Vice-President with responsibility for Administration, Rabindranath Saywack and Azad Ibrahim were both nominated with Saywack winning 13-5 in a vote of secret ballots.

After the Elections were completed, a patriotic moment was observed with the playing of Guyana’s National Anthem.

While the New GCB President informed after the elections that he and the BCB President Hilbert Foster were now Guyana’s Directors on the CWI, he disclosed that the executives would sit and decide who would be the alternate Director.

When pressed for his take on whether Sanasie could still be eligible to contest the CWI elections, Singh said he will have to consult his lawyer before making any comment on the matter.

“If the CWI decides he can still challenge Mr. Skerritt for the Presidency then I will have to consult the other executives with regards to the GCB still supporting him but I am open to anything they decide,” said Singh.

Singh thanked everyone who has been involved in this day becoming a reality and was high in praise for the role played by Sports Minister Ramson for helping, in his short time in office for bringing this to an end.

He said he plans to work with everyone who truly wants to see Guyana’s cricket and its players develop and flourish.

Present Chairman of the CWI selection panel and former Guyana and West Indies all-rounder Roger Harper and former Berbice Inter-County player and Ex BCB President and Banker Anil Beharry were selected as special Technocrats with Harper dealing with the cricket development issues and Beharry with the Administrative issues.