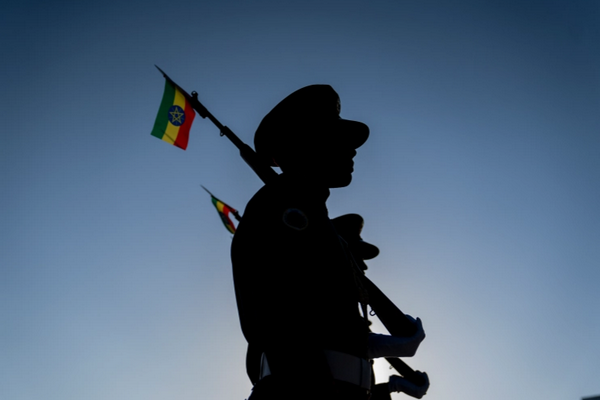 (Al Jazeera) Mass protests brought towns in Ethiopia’s northern Amhara region to a standstill last week as demonstrators, largely university students, took their frustration to the streets over the June 18 massacre of hundreds of civilians by rebel fighters.

Protests began in the capital, Addis Ababa, on June 25, before larger demonstrations were held in the cities of Gondar and the Amhara capital, Bahir Dar, through July 1. Protesters denounced the killings and criticised the government’s inability to curb worsening ethnic violence.

“I went to the demonstration because I’m sick of violence against women and children,” said Geremew Habtemariam, a student in Bahir Dar who took part in protests last week. “Being ethnic Amhara is becoming a death sentence in some parts of the country.”

Days after the protests, reports emerged of yet another mass killing of civilians in the country’s Oromia region on Monday.

In the tragedy that triggered the protest, armed men killed hundreds of people two weeks ago in the Gimbi district of Oromia, some 380km west of Addis Ababa. The victims all belonged to the Amhara, Ethiopia’s second-largest ethnic group, and witnesses say killings began in the morning and continued unabated until the rebels left at about 4pm that day.

Weeks later, bereaved father Abdu Ahmed said he remains broken over the loss of his teenage daughters Hayat and Birtukan. “They shot at everyone, even children and the elderly,” he told Al Jazeera over the phone. “What kind of madman targets defenceless girls?”

“I’ve personally lost count of the number of bodies I’ve buried,” Ali Said, a survivor told Al Jazeera. “Many died from gunshots or in the fire, but I’ve discovered bodies that were hacked to death as well.”