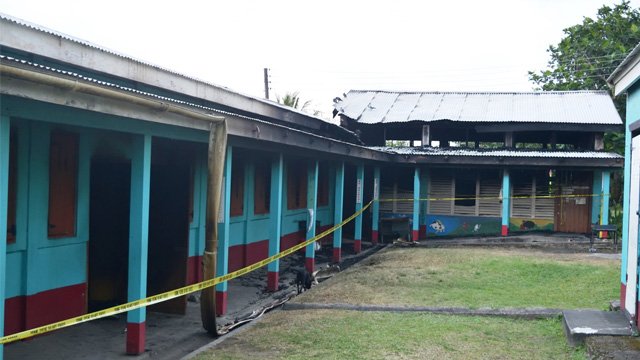 St Kitts and Nevis (WINN): The Ministry of Education awaits a report from the St Kitts Public Works Department on the design and other logistics relating to the construction of the Joshua Obadiah Williams Primary School.

In an interview with WINN FM on Wednesday afternoon July 6, Minister of Education, the Hon Vincent Byron Jr explained that efforts have been made to construct the new institution but equally, there have been challenges that have caused some delay.

“The Team at the Ministry of Education has been working with the Public Works Department. There was a bit of a hold up because they required a Topo plan. The Topo gives you the contour of the land because there was a proposal put forward to be able in the rebuilding of the school, to strengthen it and to add a conference room and one or two rooms that would assist with the congestion of the school. Unfortunately, it took longer than we had anticipated for those Topo plans to have been prepared. They have been prepared. They are now at Public Works, but [they are] currently completing the design for the enhancement of the school.

“We are still awaiting a report from the Public Works Department as to when the design will be ready. They will then have to go forward with their plan to build, procurement has to be put in place in terms of the cost value and a tender will then be given to be able to find an appropriate contractor to do the building.”

According to Byron, a proposal was given to construct a second floor on the building, but that is yet to be determined based on the decision of the architects and discussions with Public works and the school itself.

The Joshua Obadiah Williams Primary School is being housed at the Explorers Club Headquarters in Phillips’ after the school building was set on fire on March 18, 2022. Byron said the rebuilding period is taking longer than anticipated and it is likely that the new structure may not be completed in time for the reopening of the school year in September 2022.