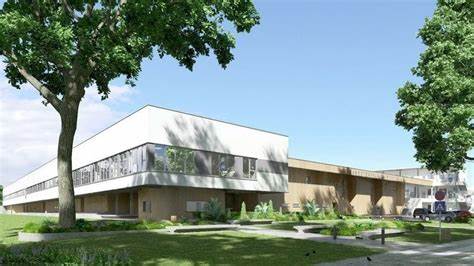 Over the last two years, construction on the school was expected to begin, but there were challenges that delayed the start, including insurance coverage for the project.

On June 1, Eugene Hamilton, the Minister of Education, indicated during a Cabinet press conference the issue would be resolved and has since secured the certificate of insurance dated June 17.

Other challenges exist, but the Minister did not explain how they would be resolved.

“I understand that there are issues that local contractors may have. Those are easy matters to be resolved as far as I am concerned. The Attorney General has advised me that they are easy to resolve… so that Basseterre High School should get going.”

Hamilton said he tasked public works with going through with the commencement of the project.

“I had a meeting with the Permanent Secretary and persons from Public Works and instructed them to take control, act as the government in delivering that project. They should not be waiting for other actors to take action or don’t take action. Public Works must take the action, and so expect from yesterday (June 28), the instructions given will be followed. I know for a fact that the sign is up on the site… I know water is there. In fact, I did call the Electricity Department yesterday to ensure that the electricity is there. While I can’t say there today, certainly when I leave here, I will find out if the electricity is already there. So there should be nothing that prevents them from moving forward in terms of hoarding and then getting to the subcontractors to be able to commence that work.”

According to the 2021 and 2022 Budget Estimates, the funds allocated to the Basseterre High School are $30 million.