Democracies Keep Vaccines for Themselves 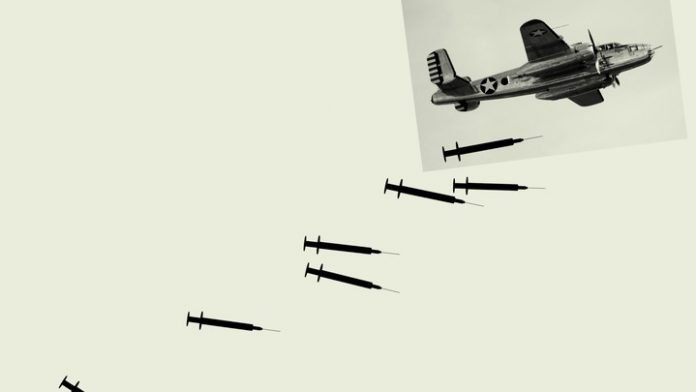 (The Atlantic) – President Biden’s pledge to Mexico is an exception from a stark pattern.

Earlier this month, the United States promised to send Canada and Mexico a total of 4 million doses of the AstraZeneca vaccine, which is not yet being used to inoculate Americans against COVID-19. The commitment of 2.5 million vaccines to Mexico represents the largest single pledge of vaccine doses from one country to another so far in this crisis. Those doses are going to a neighbor in great need. Mexico has suffered more than 200,000 confirmed deaths from COVID-19, trailing only Brazil and the United States—countries with much larger populations. Its total number of reported cases has doubled since December 1.

Yet the U.S. vaccine pledge is also a notable exception to the overall pattern: In a fight against a disease that crosses borders and has killed millions of people globally, the powerful countries with the best access to vaccines have kept an overwhelming number of available doses for themselves. Wealthy democracies have generously given money to the multinational COVID-19 Vaccine Global Access program, or COVAX, but they have been far less eager to part with doses that could quickly go into their own citizens’ arms.

That national leaders would prioritize vaccinating their own citizens is understandable. But the extreme inequity in vaccine access is hindering global efforts to combat the pandemic. It is also shortsighted as a diplomatic matter. Future doses from COVAX and Western donors are cold comfort to nations desperate for vaccines now. Those countries will remember who came to their assistance, and when. Failing to immediately respond to those needs, when other powers are aggressively marketing their donations, furthers the global perception that many of the democracies that handled the coronavirus crisis poorly at home are now also handling the crisis poorly abroad. Where China and Russia—authoritarian regimes whose leaders don’t need to explain to voters why they are promising doses to other states’ citizens—send vaccine donations today, increased influence may follow tomorrow.

Vaccine diplomacy is nearly as old as vaccines themselves. Less than a decade after Edward Jenner developed the first vaccine, for smallpox, in the late 1790s, Britain and Spain launched international campaigns that carried the vaccine to colonies and trading posts in the Caribbean, in South America, and as far away as China, India, and the Philippines, vaccinating as many as half a million people over the span of 10 years. Cold War–era vaccination campaigns eradicated smallpox; immunized millions of children against measles, mumps, and other pediatric infections; and spurred scientific cooperation between the United States and the Soviet Union.

More than three months into the global rollout of coronavirus vaccines, just 10 nations, with less than half the world’s population, have administered three-fourths of all doses. The United States and other wealthy democracies have so far generally opted to give cash, not doses, to other countries. With the exception of Saudi Arabia, every major donor to COVAX is a democracy. In February, the G7 nations pledged to increase their combined commitment to $7.5 billion, with the United States promising $4 billion. As of March 25, COVAX had distributed 32 million doses to 60 nations—6 percent of all the COVID-19 vaccines administered globally.