Democratic Party Calls for Blyden to be Sanctioned, Slams Senator as ‘Selfish and Careless’ 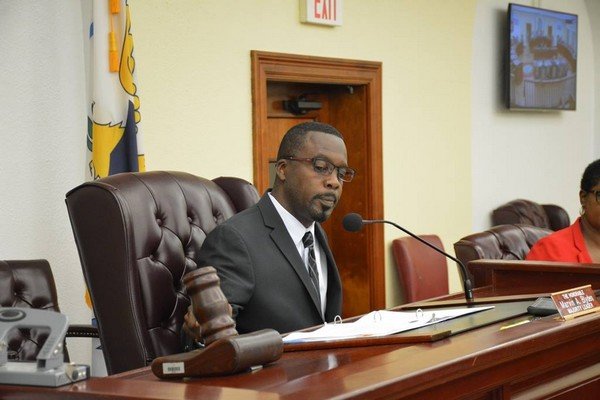 (VI Consortium) The Democratic Party of the Virgin Islands on Friday castigated party member Senator Marvin Blyden, condemning the Senate majority leader for putting Virgin Islanders at “deadly risk,” and for acting “selfish and careless” when he attended a function with scores of people last Saturday after testing positive for Covid-19 two days earlier.

“The senator has apologized and expressed regrets and has made it clear it was not intended to be malicious,” said the Party. “However, it is the responsibility of the Legislature and other relevant authorities to impose pertinent forms of reasonable sanctions against Senator Blyden after a thorough investigation of this selfish and careless action that has put countless individuals at deadly risk.” The statement was issued by Democratic Party State Chairman Cecil R. Benjamin.

It added, “We emphatically, categorically, and unapologetically condemn Senator Blyden and others who willfully violate these standards and implore them to do better going forward because nothing is more important currently than the safety, health, security, and well-being of our people. Therefore, let’s go forward together with truth and fairness while creating new and better opportunities for all.”