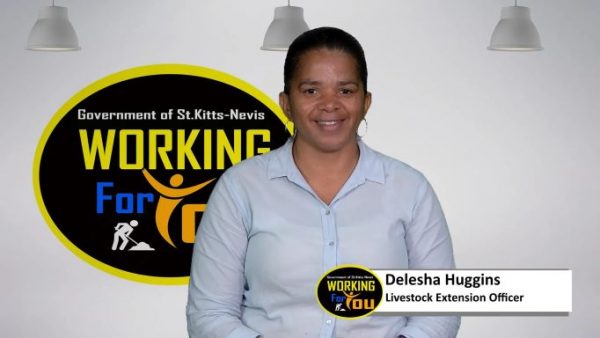 Basseterre, St. Kitts (SKNIS): During the January 12, 2022 edition of SKNIS’ ‘Working For You’, representatives from the Department of Agriculture, Ministry of Health, and the Royal St. Christopher and Nevis Police Force were guests to discuss the pressing issue of tackling praedial larceny, dog attacks, and livestock farming in the Basseterre Valley.

“Encouraging farmers and assisting with materials to construct proper housing for their animals is key. A lot of the attacks occur in the night when the animals are going home or already at home, and everyone is asleep, these dogs who have to feed attack. So, if you construct proper housing these animals can be locked up and not just in a pen. Yes, it may be costly but that is one way to protect their interests. There is also partnering with Ross University where we have programmes to cut down the population of the animals because a lot of times you have people who own animals who are cute when they are small but after they have grown they are no longer interested in owning the animals and they go off and dump the animal somewhere and that animal of course mates and then we have the population increasing. So, the spray and neuter programme is important in this aspect,” said Ms. Delesha Huggins, Livestock Extension Officer at the Department of Agriculture.

Ms. Huggins further stated that the Department of Agriculture encourages farmers to graze shorter times and most importantly to be with their animals while they are grazing since when the animals are out it is safer for them to be accompanied by a person.

“Praedial larceny is just like theft, except it’s agricultural produce. We have instances where a farmer may go to his field and a gentleman may be there with a bag of his yams to take them away. These situations can become very violent and it’s reaching a point because of COVID-19 where we are now trying to secure our food that farmers are reaching to their whit’s end out of frustration. We have to look into these things because it is not one farmer, it is not one area, it is a widespread problem and it affects everybody… We are having it in crop and in livestock but now we have to take a more serious approach to it because food security is very important given the current pandemic,” said Ms. Huggins.

A comprehensive education and awareness campaign are currently ongoing by the department of agriculture to ensure that farmers do not take matters into their own hands in instances of praedial larceny.