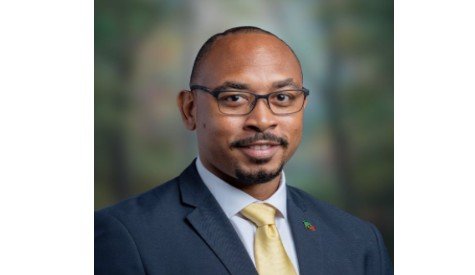 Basseterre, St. Kitts (SKNIS): The primary purpose of maintaining sporting and recreational facilities is to ensure safe operation and reduce the risk of injury to patrons, athletes, and employees. As such, the Department of Sports embarked on a maintenance programme to upgrade the various facilities in St. Kitts.

Minister of Sports, the Honourable Jonel Powell, updated the general public on the initiative during Tuesday’s (February 16) edition of ‘Leadership Matters’, a virtual forum on ZIZ TV.

“We would have partnered with the SKABA [St. Kitts Amateur Basketball Association] at the Basketball City where we would have given an entire facelift to that facility in Basseterre in anticipation for the upcoming start of the SKABA Basketball league,” said Minister Powell.

The interior and exterior of the premier basketball facility were repainted, while the wooden bleachers were replaced with aluminum bleachers. Nearby trees were trimmed, and other general improvement activities were carried out.

Other improvements to be carried out at the premier basketball facility will see the resurfacing of the basketball court, replacement of the backboard and rings, as well as the installation of adjustable basketball frames. The new frames will be useful in teaching the game to a younger generation as the ring can be lowered to a suitable height.

Minister Powell said that works were also carried out in the Irishtown area adding that the department is well underway in the repair of the Pavilion at the Gardens Playing Field.

Additionally, the minister said that the Kim Collins Athletic Stadium is currently closed as maintenance, repairs and upgrades continue “in anticipation of hopefully some well-needed athletic meets that will be coming in weeks to come.”