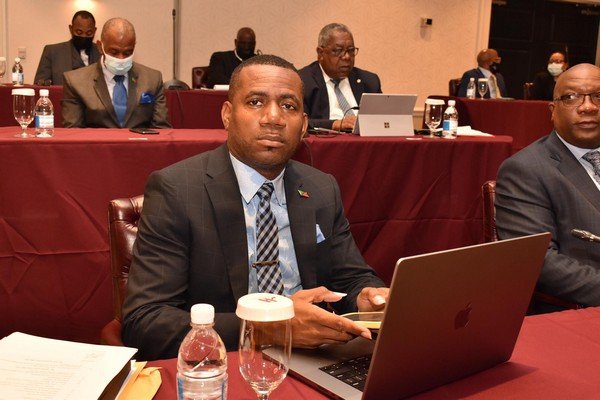 St. Kitts and Nevis (WINN): One of the many concerns raised by the parliamentary leader of the Opposition, the Rt Hon Dr. Denzel Douglas, was the EC$7 million decrease in allocation to Capital Projects for 2022.

In 2021 Capital projects were allotted EC$44 million; that figure has been reduced to EC$37 million for 2022, a reduction of EC$7 million.

The Deputy Prime Minister, Hon Shawn Richards, in his presentation during day 2 of the budget, responded to the questions raised about the decrease in budgetary allocation to Capital Projects.

Minister Richards credited the reduction in the allocation to the ministry because of two major capital projects that have been ongoing since 2019 and are near completion, the new road in Old Road Bay and the Island Main Road.

The two projects will be carried over to 2022, and the minister also highlighted some of the projects to be tackled in 2022, including the new traffic department and the new Basseterre High School, among others.

“We have the Phillip’s Stabilisation Project, and that is a project Mr. Speaker where you have rock again threatening the safety of persons and so in terms of that particular project, so far it has gone out to tender Mr. Speaker, the tenders have been returned, and it is now being reviewed by Public Works Department… We still have the New Basseterre High School Campus… we are working diligently in terms of starting the construction. We have had some issues in terms of the insurance that is necessary, and so we are working to get that in place… A new Trafic Department Building, the design has been completed, and the tender documents have also been completed.”

Other projects mentioned were an Artisan Center in Fortlands and rehabilitation of the Charlestown Police Station on Nevis.