Deputy Prime Minister speaks on rising prices in SKN; says initiatives in the works to address the situation. 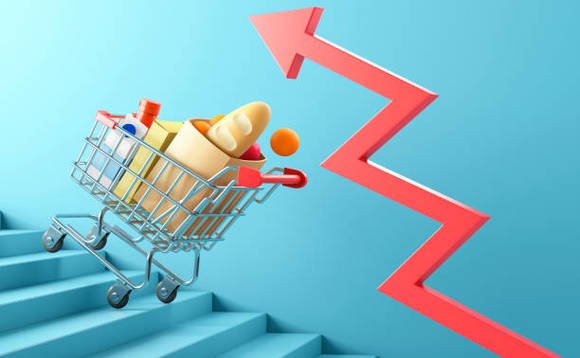 St. Kitts and Nevis (WINN) – Consumer prices continue to rise sharply as citizens feel the impact of rising global inflation, supply chain shortages and the ongoing war in Europe. The sharp increases have forced the local government to consider implementing additional protections for the most vulnerable in our community.

The Minister made those remarks on April 26 during a brief interview with the press preceding his statement as the leader of the People’s Action Movement (PAM) announcing that a Motion of No Confidence was filed in the leadership of Prime Minister the Hon Dr Timothy Harris on April 25.

Richards said that all of the partners in the Team Unity administration have been weighing in on the possible moves the government can make to help alleviate the rising prices that will continue as a result of Indonesia’s recent move to ban the export of palm oil to help the country’s economic hardships.

Indonesia is the world’s biggest edible oils shipper and recently widened its export ban to include crude palm oil, adding uncertainty in a market that’s suffered dizzying price swings and threatening to worsen global food inflation, according to an article on Al Jazeera.

The refined oil produces palm olein, the most widely used cooking oil globally and is used in the production of foods such as cake, chocolate, biscuits, margarine and frying fats, and cosmetics.

Richards continues by saying he recognises the risk of further instability in the country.

“We also recognise that in the current atmosphere, if instability continues, then you have the potential for not only food prices to increase, but for other things to happen here within in the Federation of St. Kitts and Nevis. Therefore, as a matter of urgency, we must bring some stability to the situation with the government, and that is what we are attempting to address. You should also recall that every effort was made to address these particular issues behind closed doors rather than bringing those issues before the public domain.”

The Deputy Prime Minister referred to the myriad of issues outlined in the joint letter from PAM and CCM to the Prime Minister, the biggest being the fair share of Citizenship By Investment (CBI) revenue with sister isle Nevis and resources within St. Kitts, among all constituencies.

Richards referenced the hardships the Federation faced over the last two years because of the COVID-19 pandemic, the effects on the tourism industry, which saw a resurgence in late 2021 and the first quarter of 2022 that is slowing for the summer season and is expected to pick back up in the fall as well as the reopening of businesses that were closed during the height of the pandemic in the country.

“We would also continue to ensure the necessary support is given to all of our people so that in terms of their own economic circumstances, in terms of financial hardships, they are able to satisfy their individual and family needs.”

The people await the settling of the political and economic instability in St. Kitts and Nevis.

WhatsApp
Facebook
Twitter
Linkedin
Email
Print
Previous article
SVG – Woman to be sentenced for 38kg of cocaine found in Union Island
Next article
Mental Health in the workplace; a major priority for The St Kitts and Nevis Chamber of Industry and Commerce