Despite Delays, Progress Made at New Home for Food Truck Vendors 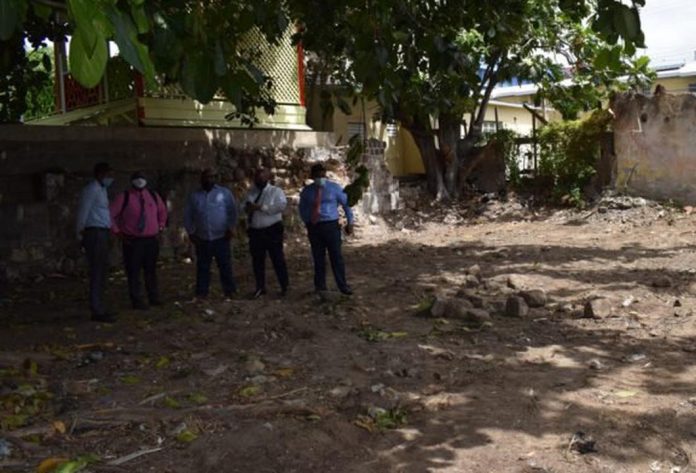 St. Kitts and Nevis (WINN): More than a month has passed and food truck operators are still unable to apply their trade after going through a two-week lockdown period which stemmed from high COVID-19 cases, and a government mandated halt of all vending in and around the capital of Basseterre.

The area north of Independence Square which was expected to be ready in the first week of August is expected to be “delayed by more than two weeks,” an anonymous source told WINN on Wednesday (Aug.18).

Prime Minister Dr. Timothy Harris during ‘Leadership Matters’ on Tuesday, August 17 said “four applications have been received and approved by the Ministry of Finance and payment details were submitted to the Treasury for processing”. He said the government will spend more than $100,000 to retrofit the area and meet public health guidelines.

The anonymous source said “the health department is inspecting the area and wants to make sure it is safe” for the food truck operators to apply their trade. “We will have to move the tree from the area because the roots would spread and damage buildings,” the source revealed.

Bathrooms facilities, security system, repairing of deteriorated walls and an area for receiving contact tracing details of patrons are expected to be completed in the coming weeks.

After the state-imposed lockdown ended, food truck operators at Independence Square were informed that their operations must cease until a new location is identified for them to operate from.

At a July 26 meeting with Prime Minister Dr. Timothy Harris and members of the Inter-Ministerial Committee on Street Vending, the government said they were “hopeful that the preparatory work will be advanced enough within the next two weeks to allow for the trucks to be moved in and for persons to resume their operations.